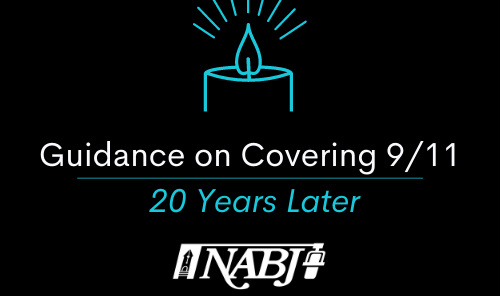 The following is guidance on terminology that is often misused in relation to 9/11 and its aftermath.

Check in on your staffers who are from AMEMSA communities, especially those who may be personally impacted by the events of 9/11 and/or post-9/11 policies. Many have experienced compounded trauma while covering the impacts of post-9/11 policies. AAJA has compiled a list of mental health resources for journalists.

Many of our journalists are pushing — sometimes behind-the-scenes and sometimes publicly — for increased and more nuanced coverage of AMEMSA experiences. Be receptive to their feedback on your news organization’s coverage of the conflict without placing undue burdens on them. Recognize that their cultural, religious, and regional knowledge can be an asset to your organization’s coverage.

We will update our guidance as necessary. For more specific coverage guidance related to other communities, we urge you to consult resources created by organizations and people of those communities.