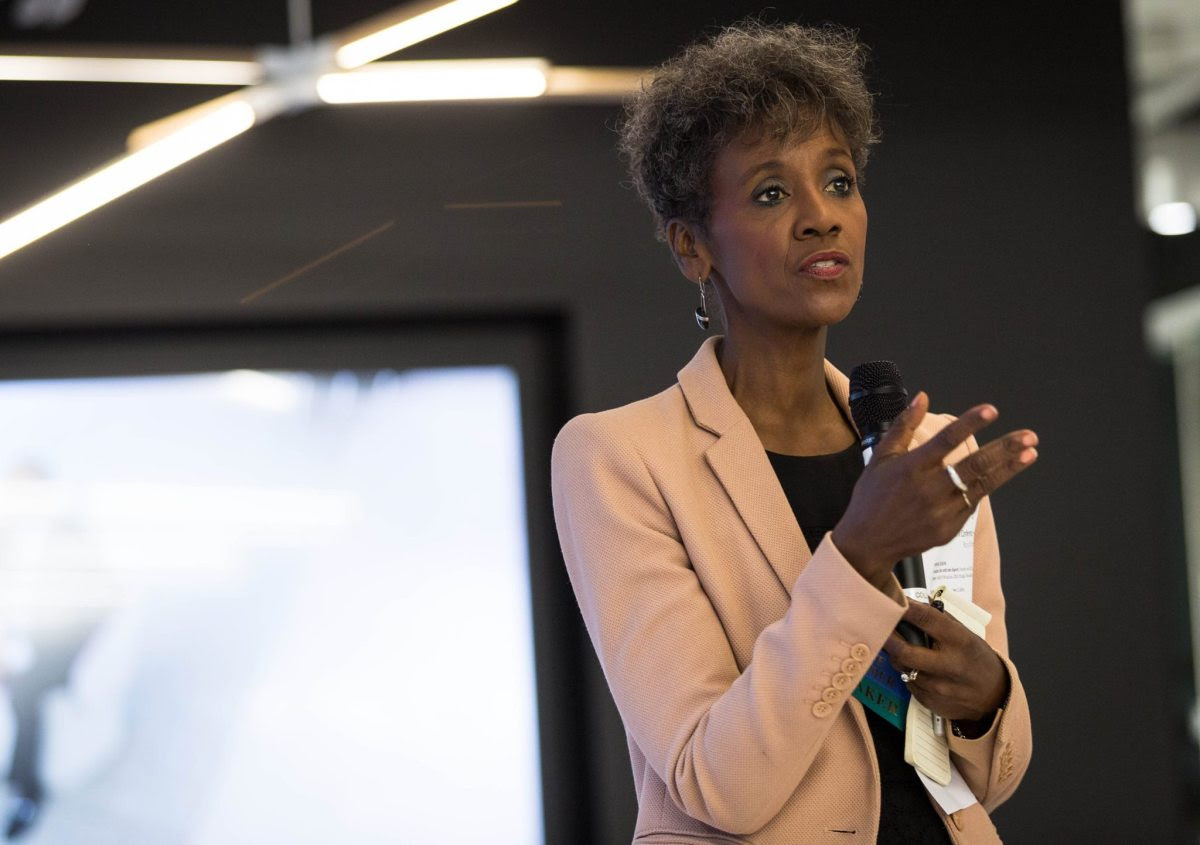 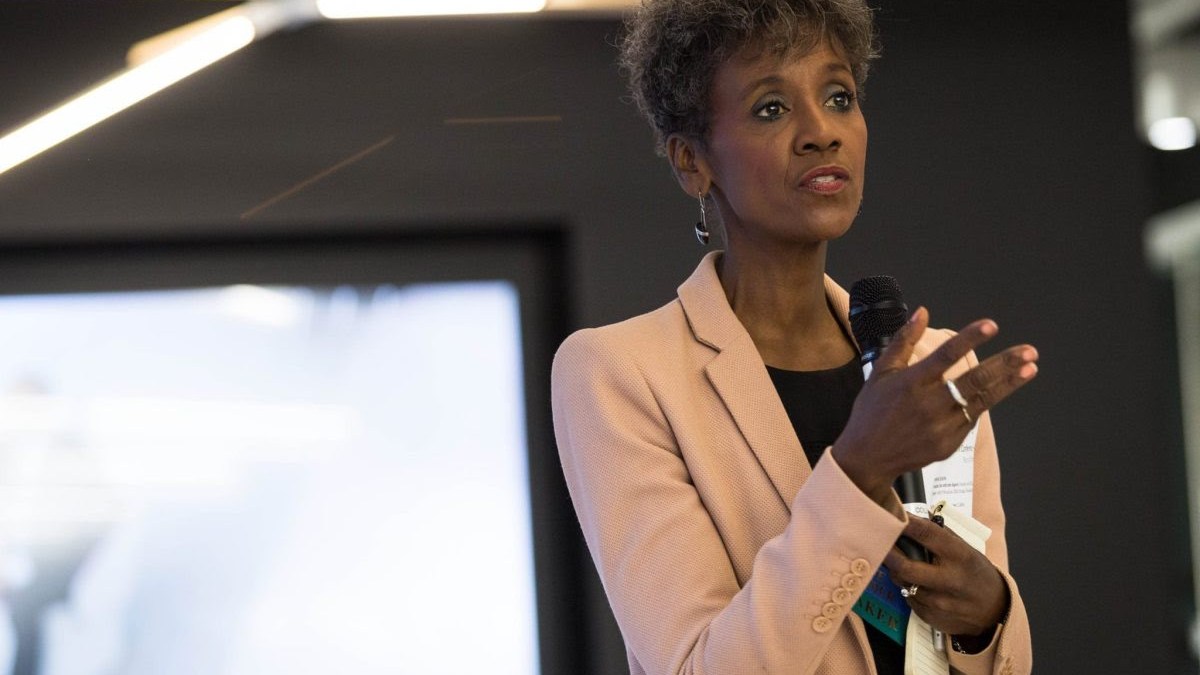 WASHINGTON (Dec. 5, 2019) – The National Association of Black Journalists (NABJ) President Dorothy Tucker will travel to Doha, Qatar in the coming days as part of the organization’s plans to intensify efforts to combat increasing verbal and physical attacks against journalists, including NABJ members, in the United States and abroad.

Tucker, who was elected in August, will speak at the two-day Al Jazeera Center for Public Liberties and Human Rights’ symposium, titled “The Challenges of Press Freedom: Facing Impunity, Rule of Law and Human Rights.”

The speech, which will be livestreamed globally on December 9, will call for action and unity in the international fight for press freedom and journalists protection and share NABJ’s plan to be an active partner in the cause. Tucker plans to sign an NABJ Declaration of Partnership, meet with leaders of Al Jazeera and heads of various press freedom organizations while in Doha.

According to a recent analysis from Reporters Without Borders’ 2019 World Press Freedom Index, the United States has been classified as a “problematic” media climate. “Of all the world’s regions, it is the Americas(North and South) that have suffered the greatest deterioration in its regional score measuring the level of press freedom,” the analysis states.

More than a year after NABJ passed a resolution condemning the U.S. Administration’s detrimental actions, statements and hostile attitude toward press freedom, NABJ is disheartened that progress has not been made. As a world leader, other countries follow the United State’s example and now more than ever we have seen a rise in not only the disrespectful and demeaning attacks that some Black journalists have experienced while covering their beats — such as the White House — but also in the rise in dangerous work environments for international journalists, sadly leading to violence, imprisonment and death.

“America must do better and governments worldwide must do better. No journalist should be attacked or harmed for simply striving to do their jobs effectively. Action must be taken because at this very moment a journalist somewhere in this world is being treated like a criminal or worse,” said NABJ President Dorothy Tucker. “The United States should be ashamed that esteemed journalists and NABJ members like April D. Ryan (American Urban Radio Networks, CNN), Joy-Ann Reid (MSNBC), Abby Phillip (CNN), and Yamiche Alcindor (PBS NewsHour) have been consistently and publicly verbally attacked by our own president for simply asking the important and tough questions that citizens deserve answers to. And, unfortunately, efforts to dilute and destroy press freedom abroad hit closer to home than one may think.”

During its National Convention in South Florida this summer, NABJ celebrated two Black journalists who have brought to light the heart-wrenching deaths of international journalists whose murders were a result of reporting on their governments. NABJ’s 2019 Journalist of the Year Karen Attiah, Washington Post Global Opinions editor, boldly used her platform and the pages of her Opinions section to sound the alarm on the disappearance and subsequent murder of her colleague Jamal Khashoggi.

As Khashoggi’s editor, Attiah advocated for justice on his behalf after it was revealed that agents connected to the Saudi government were responsible for his murder. Khashoggi was forced to flee Saudi Arabia in 2017 and, upon Attiah’s recommendation, the Post hired him as a Global Opinions columnist.

This summer, NABJ also honored Pap Saine, co-publisher and managing editor of The Point newspaper in The Gambia as the recipient of the 2019 Percy Qoboza Foreign Journalist of the Year Award. Saine has been arrested, criminally charged and imprisoned in the West African country for simply doing his job as a reporter. In 2009, he was sentenced to two years in prison with five other journalists for using his platform to criticize then-Gambian President Yahyah Jammeh’s comments about press freedom and the unsolved murder of his colleague and newspaper co-founder Deyda Hydara, a previous NABJ Percy Qoboza honoree. While he was eventually pardoned, he continued to endure harassment from the government.

Also, during NABJ’s Convention, media partner Al Jazeera shared the story of one of its journalists and the persecution he has endured. Mahmoud Hussein, who has been detained in Egypt for more than 1,000 days, since December 20, 2016, was allegedly accused of “incitement against state institutions and broadcasting false news with the aim of spreading chaos.”

According to Al Jazeera, Hussein’s incarceration is unfounded and has breached Egypt’s penal code, which sets a maximum pretrial detention period of 620 days for individuals being investigated for a felony. NABJ agrees with the International Press Institute’s call for the penal code to be upheld.

These stories are just some of the shameful incidents occurring around the world to muzzle journalists.

The U.S. Press Freedom Tracker, led by the Freedom of the Press Foundation and the Committee to Protect Journalists, in collaboration with other press freedom groups, reports that in the United States:

The Committee to Protect Journalists also reports that:

NABJ applauds these organizations for their valiant efforts to ensure that attacks on press freedom and the journalism profession do not go unnoticed and will endeavor to partner with such organizations to help advance this cause.

“As the attacks on press freedom continue to grow across the globe, we implore all governments to condemn any behavior that promotes the silencing of journalists and undue interference with their work, which in turn infringes on the public’s right to have access to information without censorship,” Tucker said.

Tucker is also extending NABJ’s support to the International Press Institute, Al Jazeera Media Network, the International News Safety Institute, and the Africa Media Initiative and their development of the International Declaration on the Protection of Journalists. The declaration outlines guidelines to ensure a global culture of safety for media professionals and offers important solutions to cease the harm that is being done to the journalism profession. We encourage all news companies, the United States government and other nations worldwide to consider adopting the solutions offered in the declaration.

Among its many solutions, the declaration states:

According to Tucker, NABJ will work with and support the International Press Institute, the Committee to Protect Journalists, the Fallen Journalists Memorial Foundation, and others to continue to call attention to lives that have been lost or impacted by efforts to suppress and, in many cases, kill press freedom.