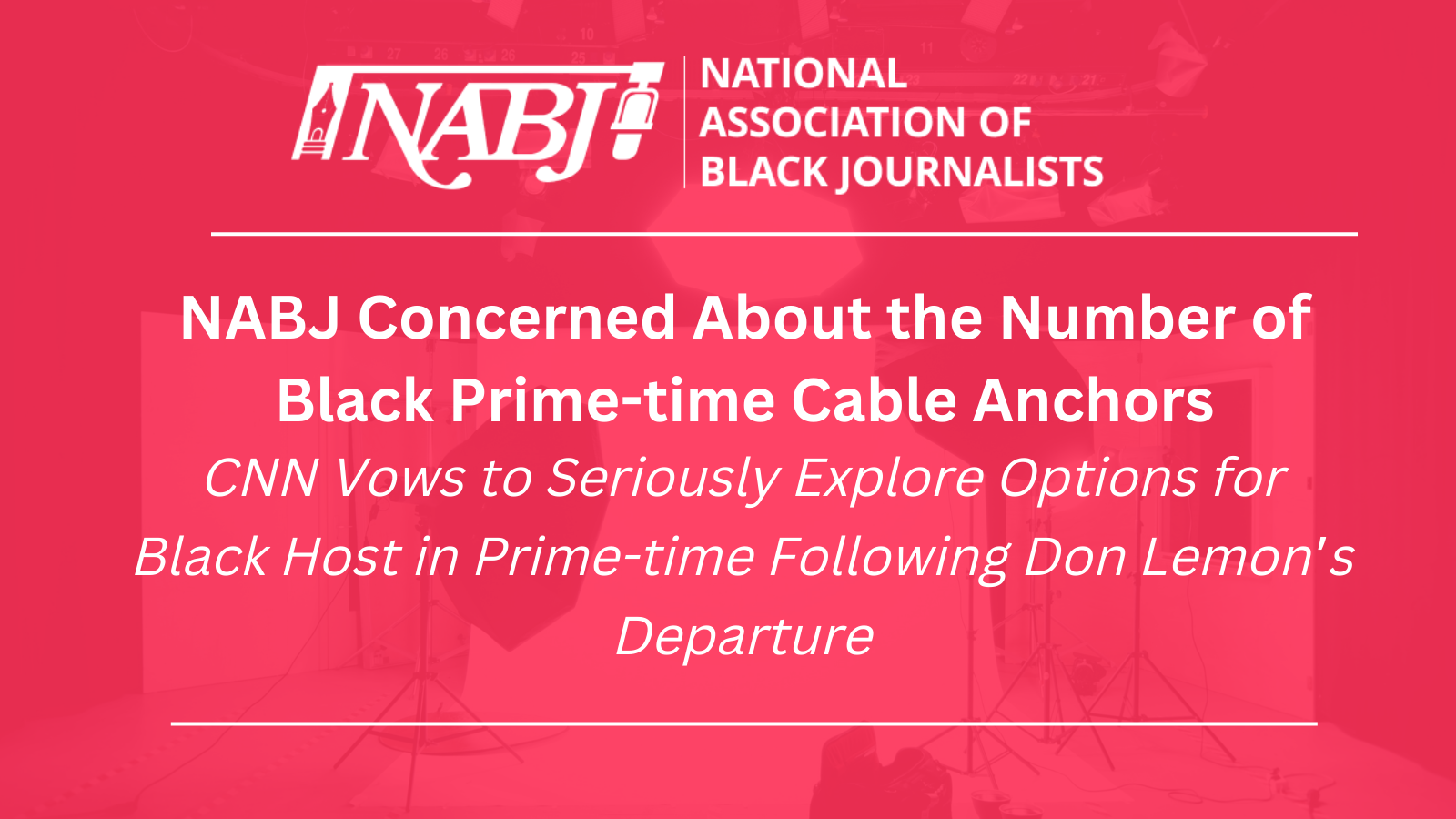 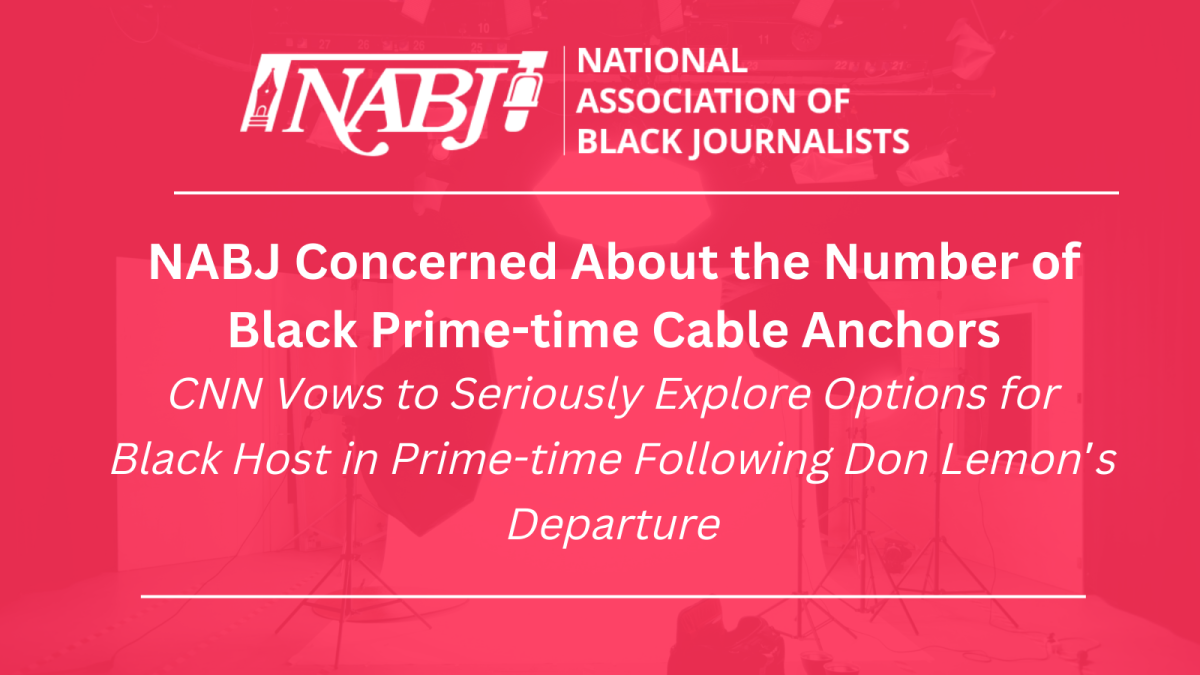 With the cancellation of CNN’s “Don Lemon Tonight,” NABJ is even more concerned about the lack of Black representation in prime-time cable lineups. After host Don Lemon’s departure, MSNBC’s Joy Reid will be the only Black host of a prime-time cable news and information program.

Although CNN’s CEO Chris Licht will not divulge plans for upcoming changes, for competitive and other reasons, he told NABJ during a Friday evening phone call that he is “unequivocally considering” having Black on-air talent play a major role in its prime-time programming.

We know consideration is not a “promise” to place a Black journalist in that role. We also know that “consideration” is sometimes a convenient word used by companies to temporarily appease contrarian viewpoints. We have no reason to believe this is the case with Mr. Licht’s response.

“We are monitoring and engaging with CNN on this matter because Black viewers are the largest ethnicity subscribing to cable programming,” said NABJ President Dorothy Tucker, citing a 2022 Statistica survey found here.

NABJ’s Vice President-Broadcast Ken Lemon said, “There is a large pool of highly qualified and highly visible Black journalists who could take Don Lemon’s or another prime-time slot to another level with whatever type of program CNN is considering. Our members must be a part of that conversation.”

NABJ also continues to push for more Black representation among management ranks to help create more program content that better informs our communities about important issues in their daily lives.