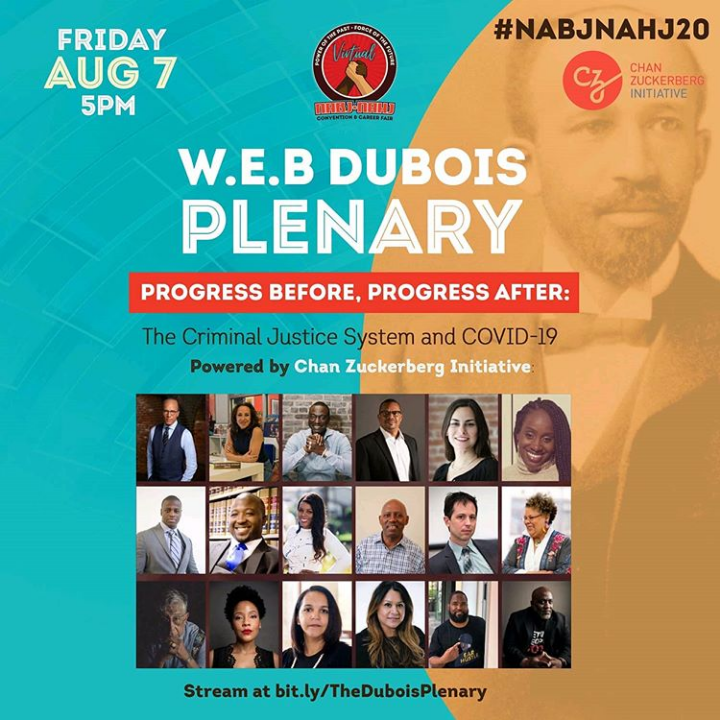 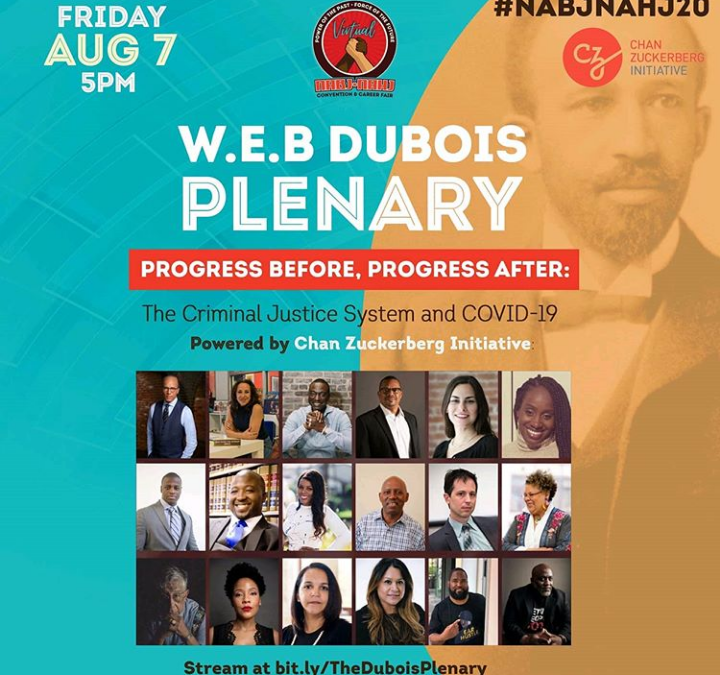 The criminal justice system has deep roots in racial inequity, and unequally harms Black and Brown communities across the country. According to the NAACP, one out of every three Black boys and one out of every six Latino boys born today can expect to be sentenced to prison, compared to one out of 17 White boys. The ACLU also reports that incarceration rates for Black women are approximately double that of White women. In the time of COVID-19, as the virus sweeps through our country’s prisons and jails, the need for reform is more urgent than ever. The W.E.B Du Bois plenary — moderated by NBC Nightly NewsAnchor Lester Holt and Latino USA’s Maria Hinojosa — centers the voices of those most impacted by the system, as well as key actors and advocates leading the fight for change.

The W.E.B. DuBois Plenary is sponsored by the Chan Zuckerberg Initiative, an organization founded in 2015 by Dr. Priscilla Chan and Mark Zuckerberg, and a leading funder of criminal justice reform work in the United States. CZI has supported NABJ’s annual convention since 2018, and the NAHJ convention since 2019. In addition to the plenary, CZI is also sponsoring a virtual luncheon on August 6, 2020 at 12.30 p.m. ET, entitled,  “COVID-19 & Racial Equity: A National Reckoning in Public Education.” It will feature a discussion with NBC News education correspondent Rehema Ellis, educators, parents, and more on covering the needs of Black and Latinx students as the new school year starts.

The plenary is the capstone event of the third day of the NABJ-NAHJ annual convention, and will premiere in the virtual convention platform for attendees. The public may also view the event on Friday, August 7, 2020 at https://bit.ly/DuBoisPlenary.

PROGRESS BEFORE, PROGRESS AFTER: The Criminal Justice System and COVID-19

During this plenary, unlikely allies and leaders come together to discuss what’s being done to address the current threat, reform the system for the future, and empower those with the most at stake. Journalists will learn how to go deeper in their coverage of criminal justice reform, where to find untapped sources of valuable information, and how to surface the important stories that have not been fully explored at the local and national levels.

“This plenary will provide much needed dialogue about one of the most critical issues facing our society. NABJ and NAHJ are proud to partner with CZI to bring this esteemed group of speakers to our convention attendees and the world. Systematic racism in the criminal justice system has gravely affected Black and Brown communities for generations, and it’s time for a swift change. We are hopeful that this conversation will help to spark that change,” said NABJ President Dorothy Tucker and NAHJ President Hugo Balta in a joint statement

Confirmed participants in this important conversation will include:

“We’re so grateful to NABJ and NAHJ for curating this timely dialogue, and also for elevating the experiences and stories of those closest to the problem — currently and formerly incarcerated people and their families, survivors of crime, and others working to transform the system. The leaders we’ll hear from in the plenary are on the frontlines of rethinking and redefining justice in our country. It’s critical that we all listen,” said CZI’s Director of Criminal Justice Reform Ana Zamora.

The National Association of Black Journalists (NABJ) is an organization of 4,000 journalists, students, media-related professionals and journalism educators. The association provides innovative, quality programs and services to and advocates on behalf of Black journalists worldwide. Founded in 1975, by 44 men and women in Washington, D.C. NABJ advocates year-round to ensure fairness, diversity and inclusion are a priority across the news and media industries. Through its annual convention, NABJ offers a number of programs and services designed to meet the needs of diverse news and media professionals, ranging from the career fair and networking events, to professional development workshops and technical training. Learn more at NABJ.org or follow on Twitter @NABJ.

The National Association of Hispanic Journalists (NAHJ) is the largest organization of Latino journalists in the United States and dedicated to the recognition and professional advancement of Hispanics in the news industry. The mission of NAHJ is to increase the number of Latinos in the newsrooms and to work toward fair and accurate representation of Latinos in the news media. Established in April 1984, NAHJ created a national voice and unified vision for all Hispanic journalists. NAHJ has approximately 2,500 members, including working journalists, journalism students, other media-related professionals, and journalism educators. For more information please visit NAHJ.org or follow on Twitter @NAHJ.

About the Chan Zuckerberg Initiative

Founded by Dr. Priscilla Chan and Mark Zuckerberg in 2015, the Chan Zuckerberg Initiative (CZI) is a new kind of philanthropy that’s leveraging technology to help solve some of the world’s toughest challenges — from eradicating disease, to improving education, to reforming the criminal justice system. Across three core Initiative focus areas of Science, Education, and Justice & Opportunity, we’re pairing engineering with grant-making, impact investing, and policy and advocacy work to help build an inclusive, just and healthy future for everyone. Learn more about CZI’s criminal justice reform work here, and follow on Twitter @ChanZuckerberg.