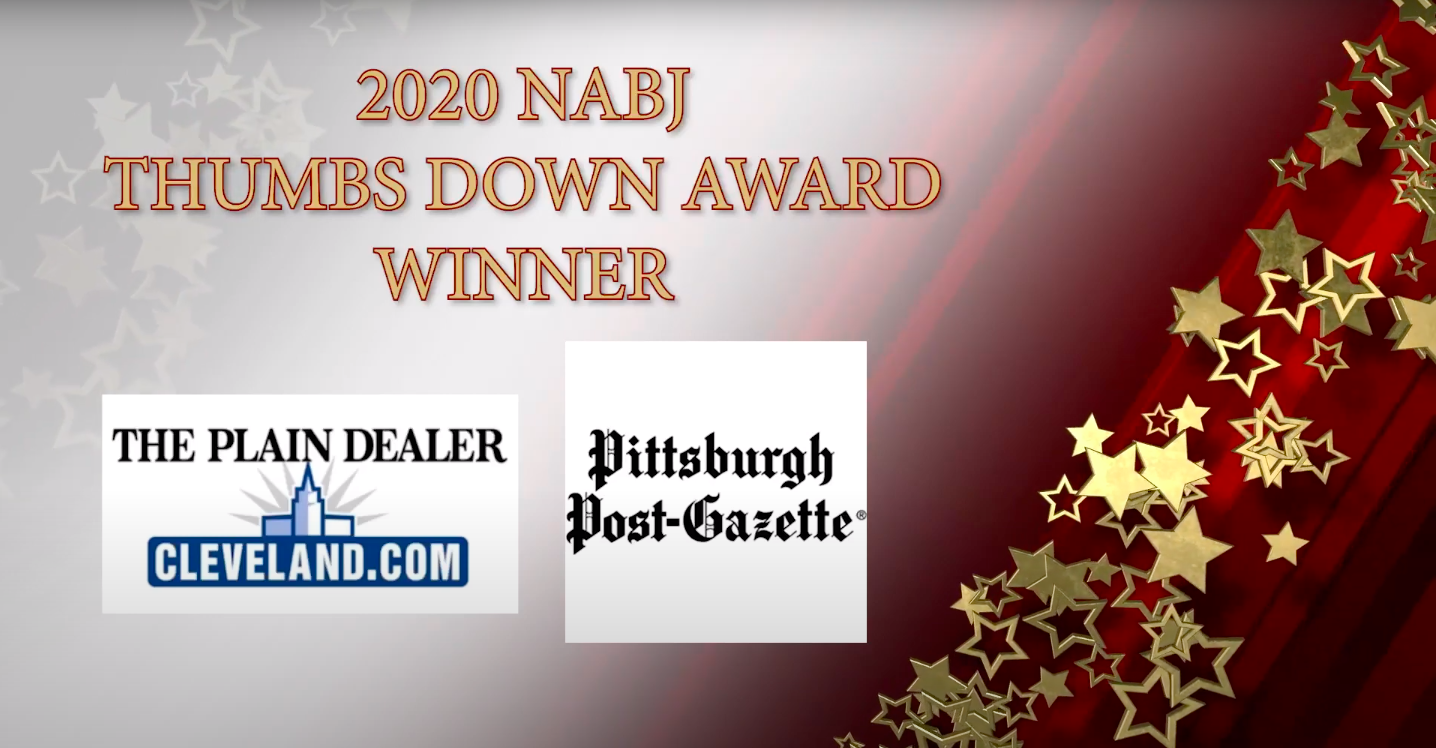 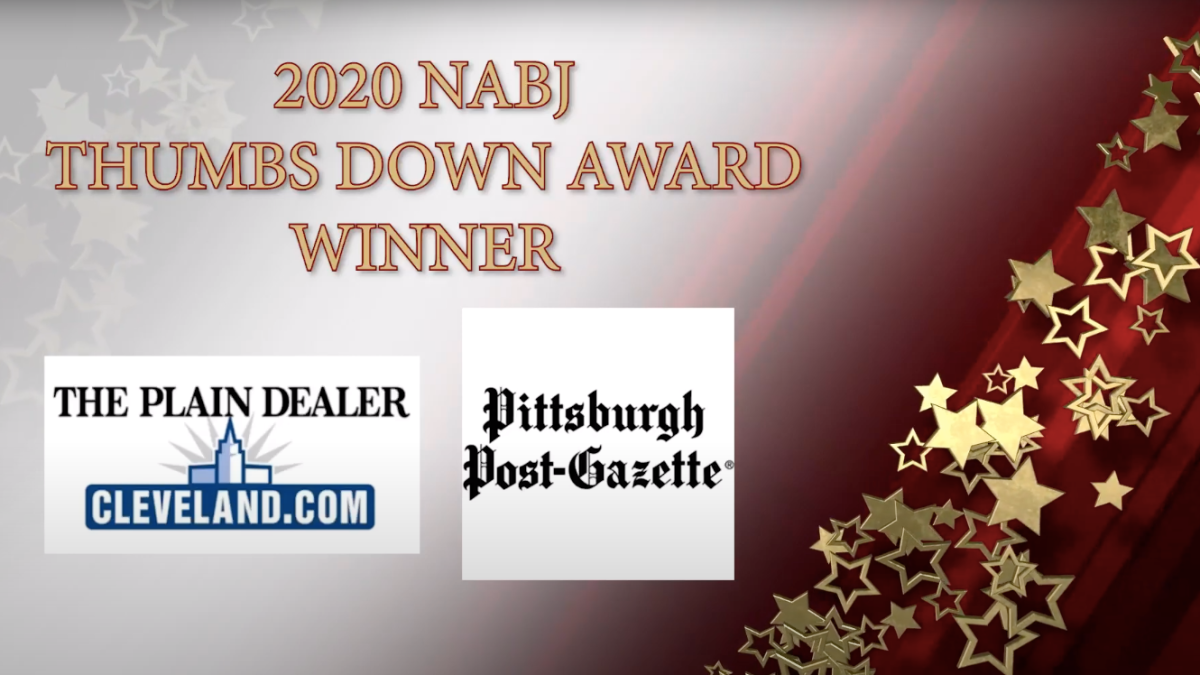 During its 2020 Virtual Awards on December 19, 2020, the National Association of Black Journalists (NABJ) announced the following Thumbs Down Award recipients:

The Thumbs Down Award is presented annually to an individual or organization for especially insensitive, racist or stereotypical reporting, commentary, photography, or cartoons about the Black community or for engaging in practices at odds with the goals of NABJ. The purpose of the award is to amplify needed change in the industry. NABJ’s Board of Directors and Media Monitoring Committee call on these news organizations to improve their practices immediately.

The Pittsburgh Post-Gazette/Block Communications – For unfairly prohibiting two Black journalists from covering protests in the city following the death of George Floyd. Pittsburgh’s largest newspaper barred a Black reporter, Alexis Johnson, from covering protests in the city following the killing of George Floyd by Minneapolis police. The newspaper’s management declared that Johnson had shown bias by posting a joke on Twitter comparing the extensive litter after a Kenny Chesney concert to the destruction following looting. A White reporter who had posted a disparaging remark on Twitter about a man accused of looting was not barred from covering the protests until the newspaper’s union asked about disparate treatment. Editors also sidelined a Black photographer, Michael Santiago, from covering the protests. Of the 140 members of the Newspaper Guild of Pittsburgh, just 13 are African American. The guild has accused the newspaper of bias at a public press conference and even the White reporter, who was initially treated less severely, says the Black reporters should not have been barred from contributing to coverage. Reference link