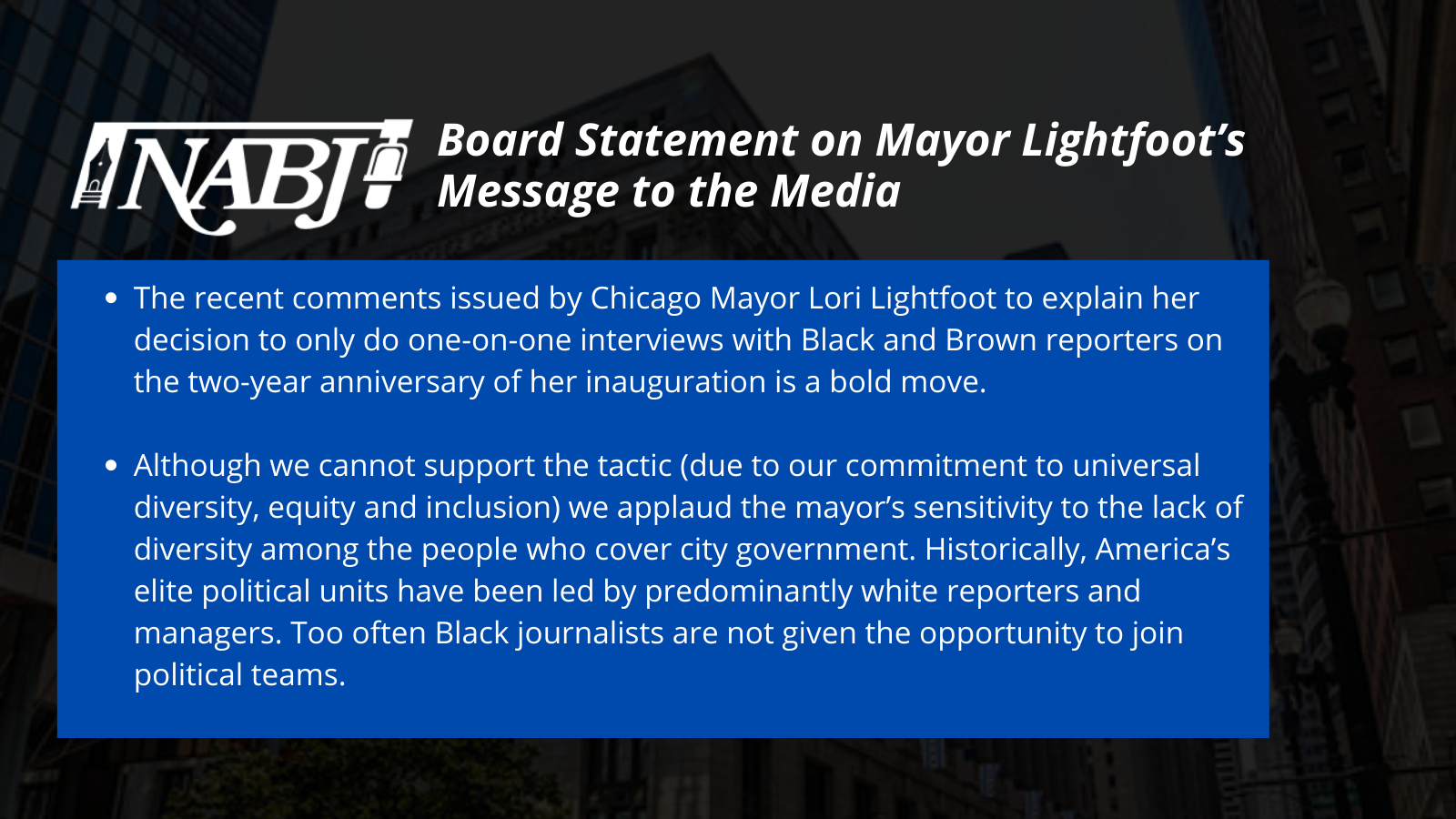 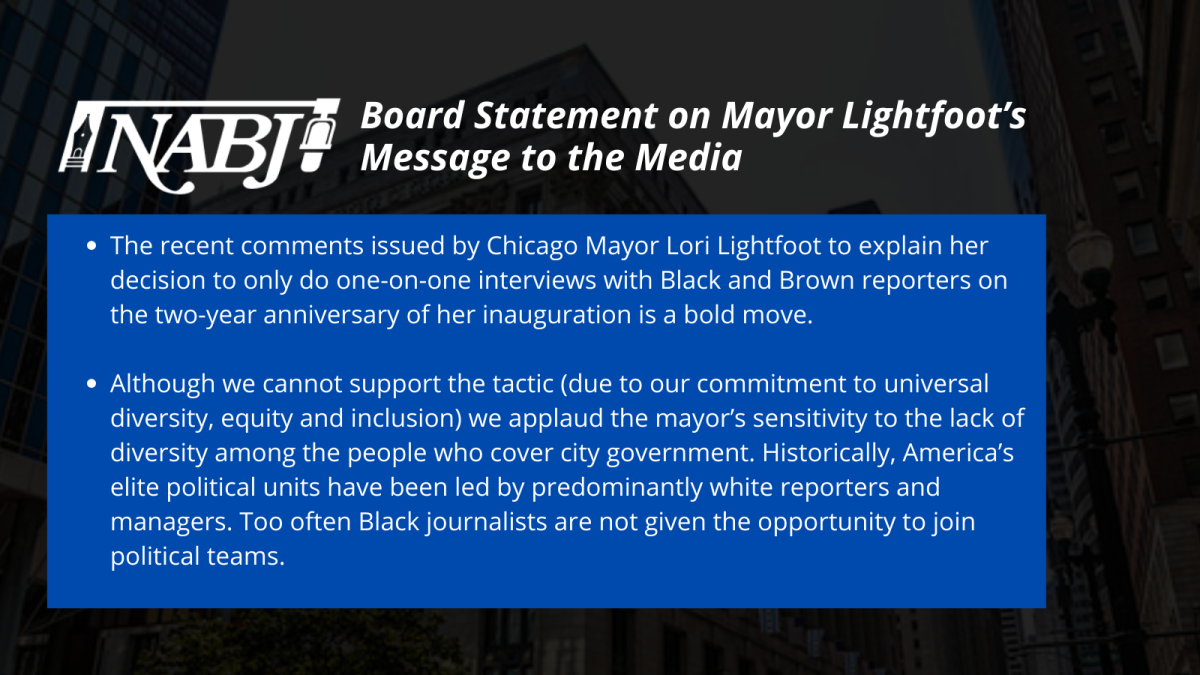 The recent comments issued by Chicago Mayor Lori Lightfoot to explain her decision to only do one-on-one interviews with Black and Brown reporters on the two-year anniversary of her inauguration is a bold move. It appears to serve to underscore her desire to draw attention to the racial disparities in local newsrooms and political coverage. The mayor notes that she is disturbed about the overwhelming white Chicago press corps covering city hall. While her social media posts and subsequent letter have been eyebrow-raising to some, it shines a needed spotlight on the call for a greater commitment to diversity, equity and inclusion across the media industry.

Although we cannot support the tactic, we applaud the mayor’s sensitivity to the lack of diversity among the people who cover city government. Historically, America’s elite political units have been led by predominantly white reporters and managers. Too often Black journalists are not given the opportunity to join political teams.

While the mayor has every right to decide how her press efforts will be handled on her anniversary, we must state again, for the record, that NABJ’s history of advocacy does not support excluding any bona fide journalists from one-on-one interviews with newsmakers, even if it is for one day and in support of activism. We have members from all races and backgrounds and diversity, equity and inclusion must be universal. However, the mayor is right in pointing to the fact that Black and Brown journalists have been quietly excluded from a number of access points over the years. We know first hand it is painful and unhealthy for our communities.

NABJ is also gravely concerned to see that a city with such a diverse population has no fair representation of communities of color in its local press corps.

This local issue is reflective of what is happening around the country and we continue to work to change the status quo. We have been successful in a number of areas to dramatically improve access and promotions for Black journalists, especially during the awakening and racial reckoning stemming from George Floyd’s death.

The mayor’s deputy communications director stated on Twitter, “Chicago’s Mayor picked one day out of 365 to exclusively provide one-on-one interviews with journalists of color ahead of her two-year anniversary. That shouldn’t be controversial. The lack of diversity in the media is.”

We call on all media outlets to further improve Black and Brown representation within their newsrooms now. There should be no further delay in making swift and effective changes.

The rationale behind Mayor Lightfoot’s decision is detailed in her letter. Excerpts and a link can be found below.

“…. In looking at the absence of diversity across the City Hall press corps and other newsrooms, sadly it does not appear that many of the media institutions in Chicago have caught on and truly have not embraced this moment.  I have been struck since my first day on the campaign trail back in 2018 by the overwhelming whiteness and maleness of Chicago media outlets, editorial boards, the political press corps, and yes, the City Hall press corps specifically.

In the year 2021, with a Black, lesbian Mayor, a Black woman City Treasurer, a Latinx woman City Clerk, and a majority Black and Latinx City Council, the group of reporters assigned to cover City Hall is practically all white. Many of them are smart and hard-working, savvy and skilled. But mostly white, nonetheless. Indeed, there are only a handful of beat reporters of color in the City Hall press corps. While there are women of color who sometimes cover my administration, there are zero women of color assigned to the City Hall beat. Zero. I find this unacceptable and I hope you do too.”