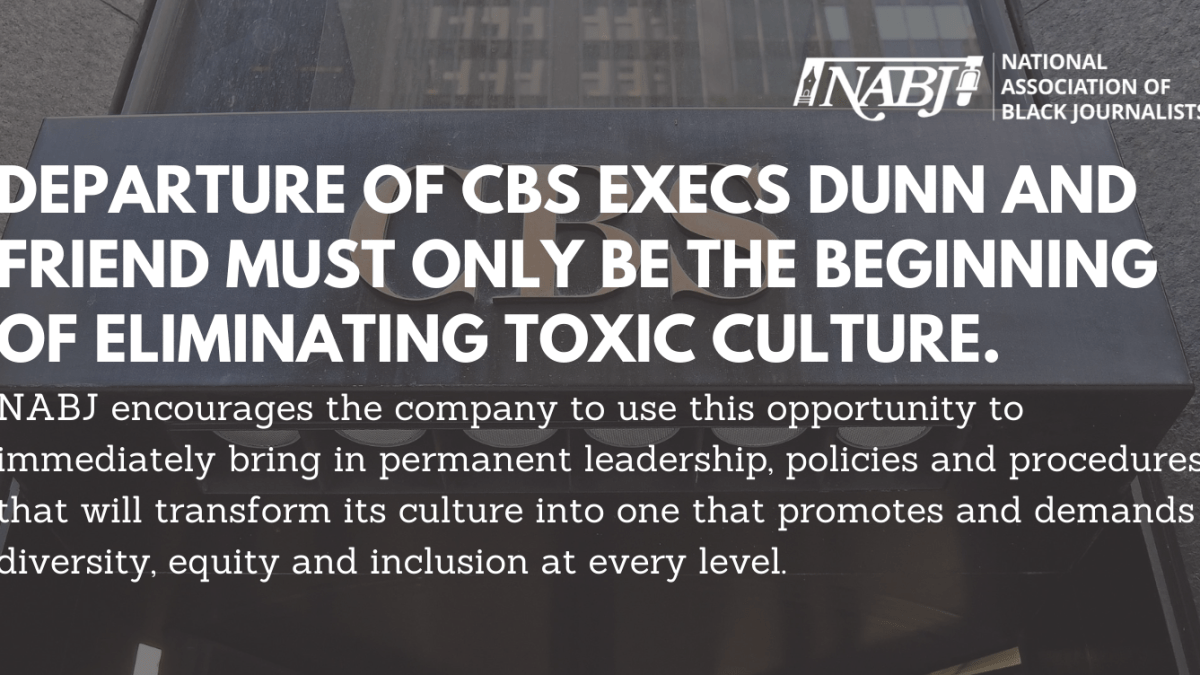 In an email to staff on Wednesday, April 7, CBS’s CEO George Cheeks announced that Peter Dunn, who served as president of the company’s television stations group, and David Friend, the senior vice president of news are no longer employed by CBS.

“We have determined that CBS Stations President Peter Dunn and SVP of News David Friend are not returning to their positions and will be leaving the Company,” Cheeks noted.

Their departures, as reported by the LA Times, come after the start of an independent investigation into multiple allegations of discrimination and ill-treatment of employees based on race, gender and sexual orientation, as well as pay equity complaints.

“After multiple meetings with CBS leadership about these allegations and our calling for the firing of Dunn and Friend in January, NABJ encourages the company to use this opportunity to immediately bring in permanent leadership, policies and procedures that will transform its reported toxic culture into one that promotes and demands diversity, equity and inclusion (DEI) at every level of operations at its networks and owned and operated stations,” said NABJ Vice President-Broadcast Ken Lemon.

While NABJ applauds Cheeks’ decision, it is important for CBS to acknowledge and take subsequent actions that show its understanding that removing toxic leadership is only the first step. Real actions must be put in place and publicly documented that show a commitment to eradicate and uproot the type of egregious behavior and practices that countless employees around the country have reported and experienced for years.

“We commend this action, but this is only the first step. CBS must present a comprehensive plan of action to repair the massive damage inflicted on staff by Dunn and Friend, and absolutely make those who were injured whole,” said NABJ Vice President-Digital Roland S. Martin.

NABJ will continue to monitor the efforts of CBS and offer itself as a resource with hopes that substantial change will occur soon. We implore the organization to ensure that DEI training and development are embedded in its operations and are key responsibilities of its leaders.