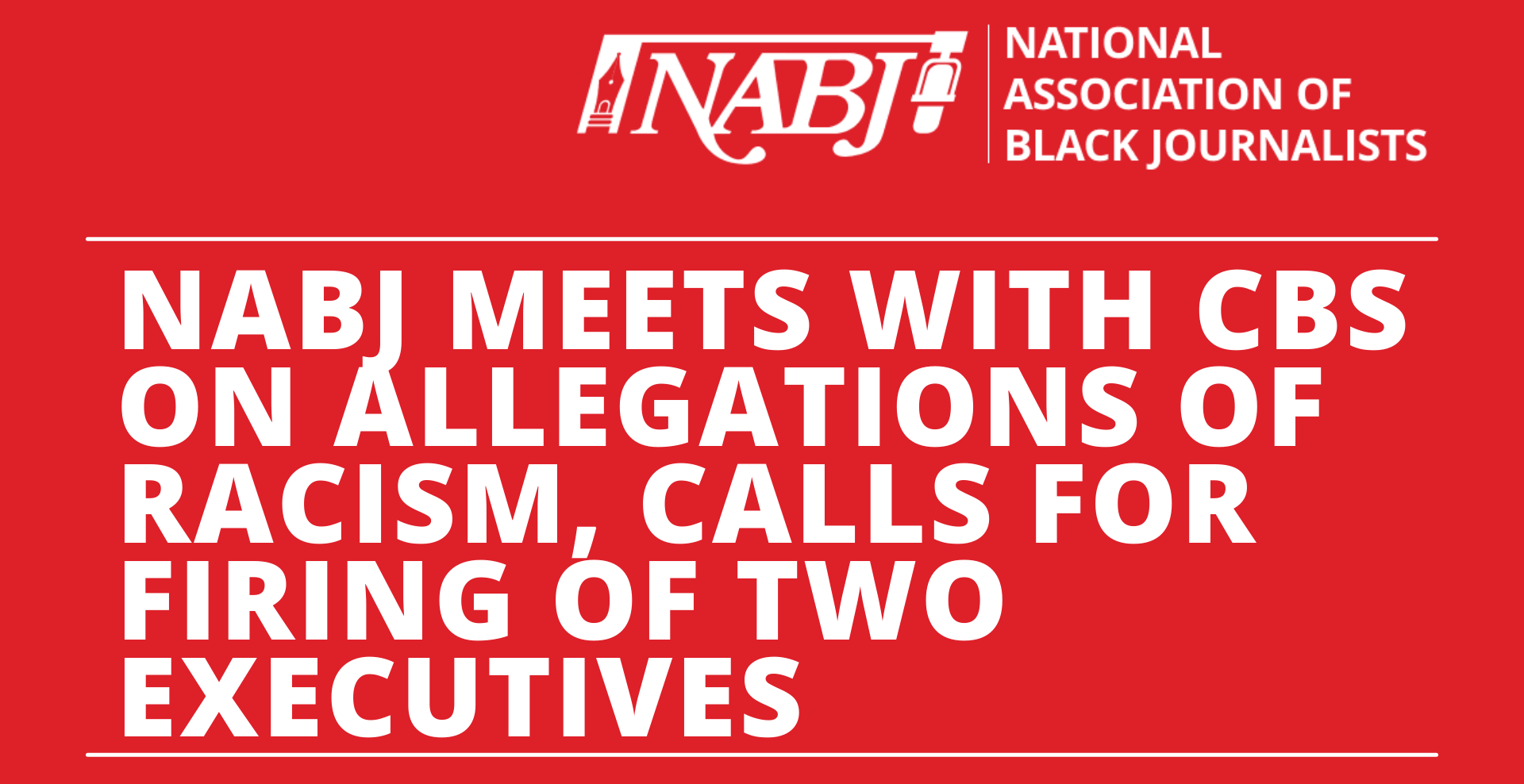 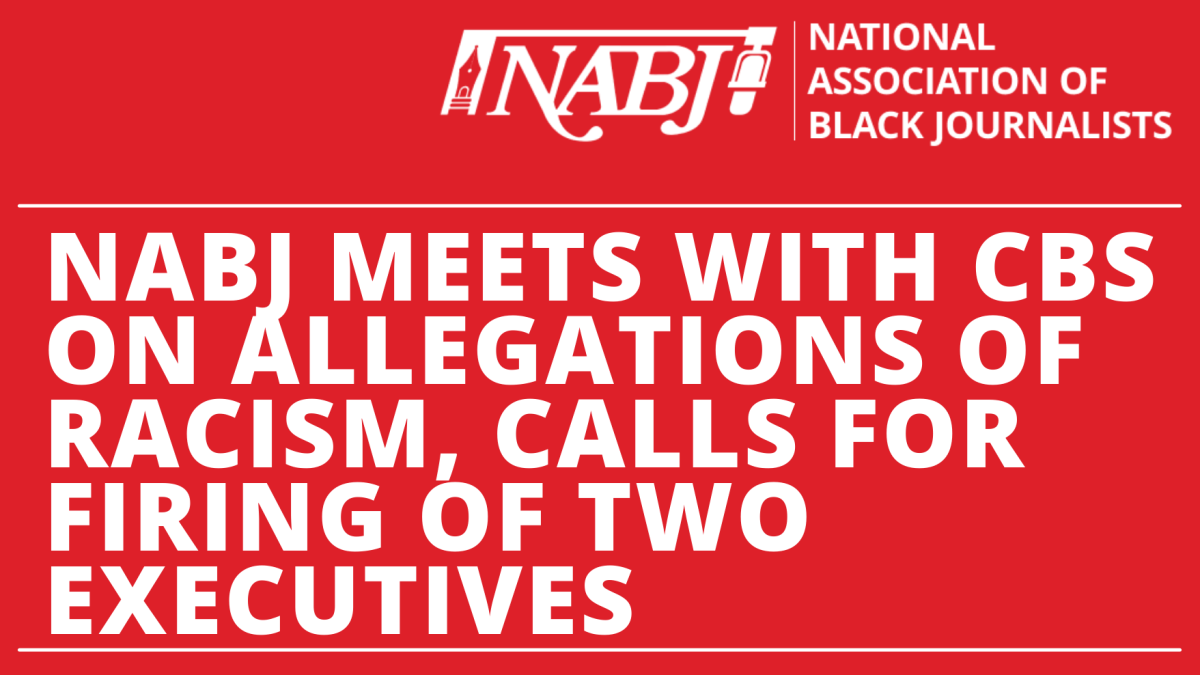 The National Association of Black Journalists (NABJ) met Sunday night with CBS officials regarding disturbing revelations and allegations from the LA Times about the racism and toxic work environment at the company, specifically the CBS Television Stations. Those stations operate under the leadership of Peter Dunn, President of CBS Stations and David Friend, Senior Vice President of News for CBS Stations and VP of News at WCBS-TV New York.

Based on the racist comments detailed in the LA Times story as confirmed by two former CBS executives, NABJ is calling for the immediate termination of Dunn and Friend.

The troubling issues raised in the story are not just confined to one TV station. NABJ has heard from numerous CBS employees across the country and has been made aware of multiple lawsuits and investigations. It is clear that there is a massive problem among CBS owned-and-operated stations, and in order for the company’s culture to be transformed, it must begin with the firing of Dunn and Friend.

The disturbing details that surfaced in Sunday’s LA Times are consistent with multiple workplace concerns currently expressed by CBS employees and brought to the attention of NABJ and to CBS executives in two in-person meetings in the last 18 months. Many of these employees have told us that they are afraid to speak about their concerns out of fear of retaliation from their bosses, including Dunn and Friend.

NABJ President Dorothy Tucker has not been involved in any of these discussions with CBS because she is an employee of the company, and NABJ Board policy prohibits anyone from taking part in discussions about their own company.

Cheeks and Smalls agreed with NABJ that there must be an external-led investigation, and pledged to work with NABJ on a path forward.

The allegations in the LA Times story include:

-Dunn disparaging popular and highly-respected Black male Philadelphia anchor Ukee Washington as “just a jive guy” and seeming to ridicule him for dancing on air;
-Dunn and Friend criticizing a young Black female morning anchor’s accent and work, a few days into her new assignment;
-The firing of another Black female anchor of Ethiopian origin because Dunn “hated her face;”
-And a complaint was filed by a former CBS manager with the Pennsylvania Human Relations Commission expressing discriminatory behavior “through the instruction of others,” including pay, based on race, gender and sexual orientation.

In addition to information detailed in the LA Times article, during the meeting, the NABJ delegation outlined a number of member complaints including:

“New York City is one of the most diverse cities in the world so there is no excuse not to have sufficient Black representation among the news staff,” said NABJ Vice President- Broadcast Ken Lemon. “The time for change is now.”

NABJ will be following up on the results of the investigation and subsequent actions taken by CBS.

“It’s a shame that 45 years after NABJ was founded by 44 brave Black journalists, we are still having to contend with racism,” said NABJ Vice President-Digital Roland S. Martin. “It’s a shame that journalists like Brooke Thomas, who was mentioned in the LA Times report, have had their careers stunted because of racism of white media executives. We aren’t satisfied with lip service. We don’t want promises that things will change. We are heartened by our discussion with George and Marva that there will be real, substantial and substantive changes at CBS to ensure that it is a welcoming place for Black and other journalists of color to work, rise and succeed.”