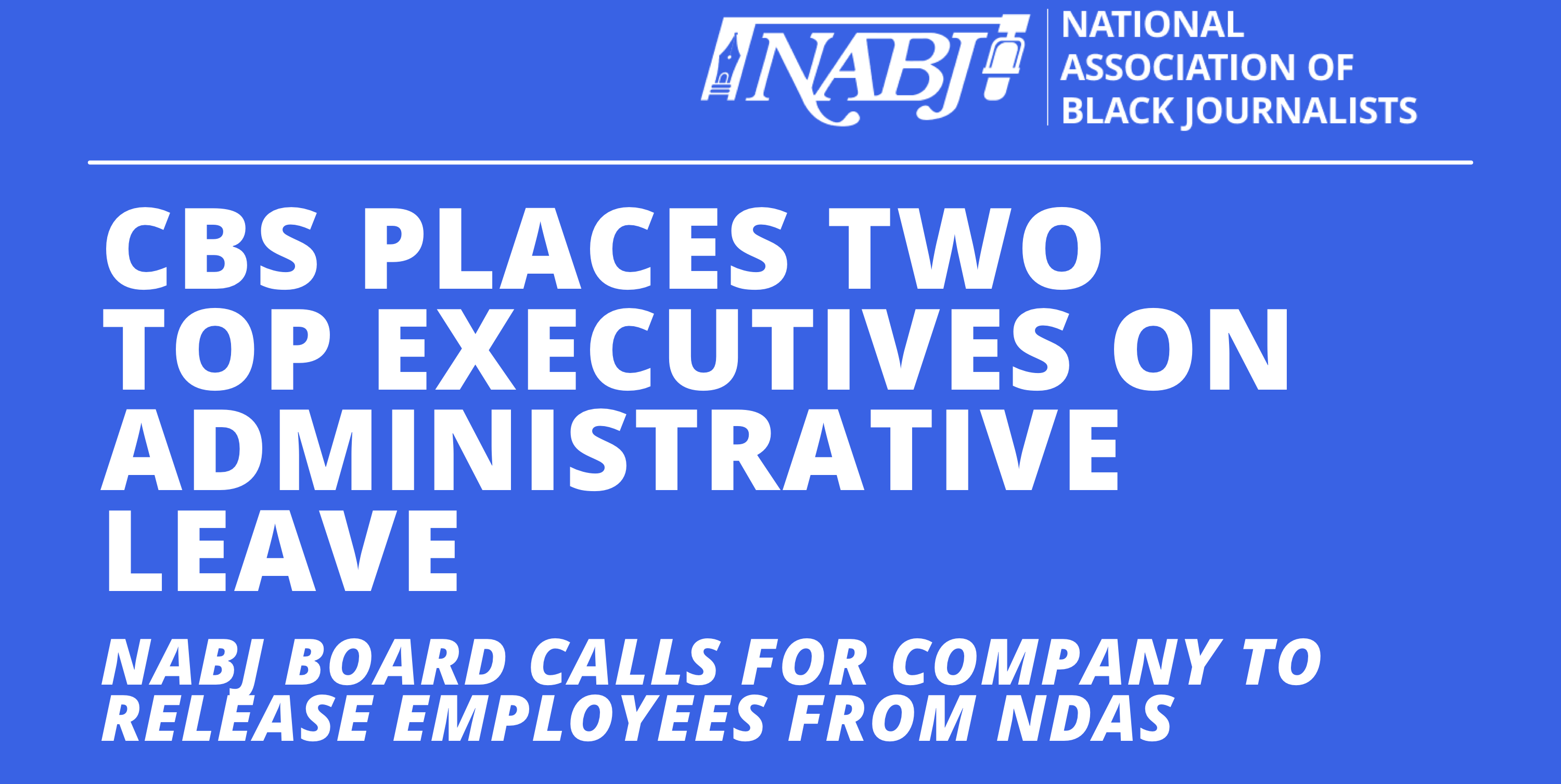 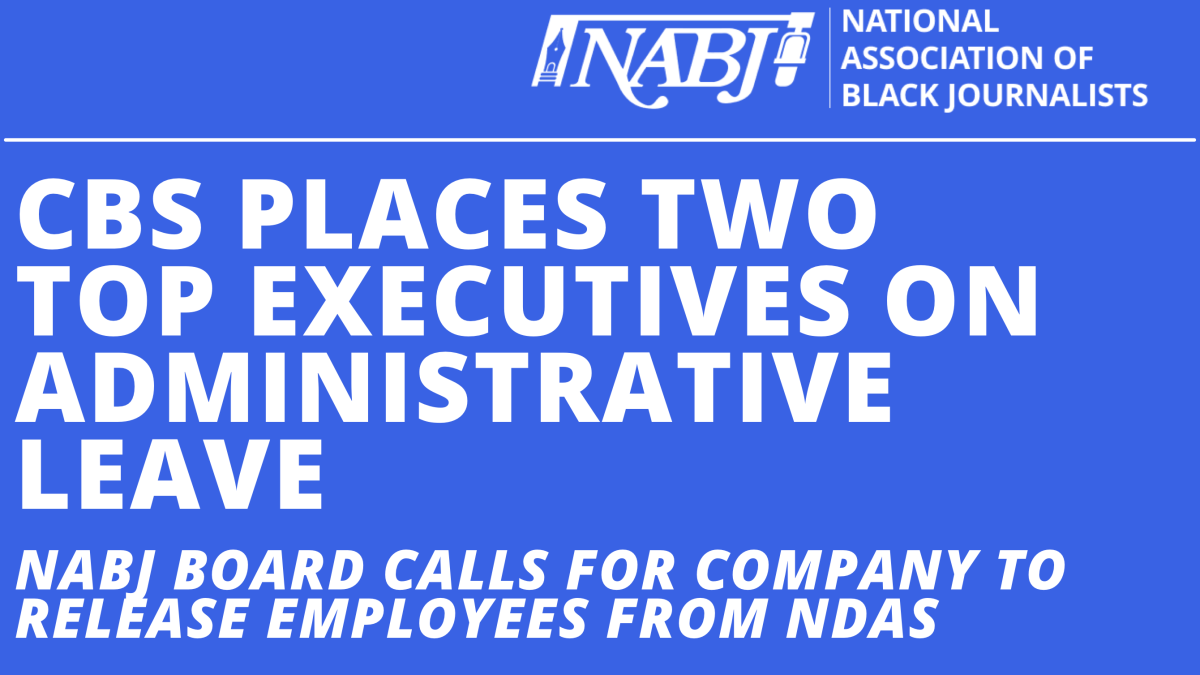 Board Calls for Company to Release Employees from NDAs

George Cheeks, who heads the CBS Television Network, CBS News and CBS Television Stations, made the announcement in a companywide email to CBS station employees.

“We are thankful that, after meeting with NABJ representatives on Sunday, CBS leader George Cheeks moved swiftly,” said NABJ Vice President-Broadcast Ken Lemon. “It provides a level of security for journalists who told us they have suffered irreparable damages to their careers. In the last 24 hours, we have been inundated with phone calls, emails and social media posts detailing disturbing accounts of abusive behavior and a toxic work environment.”

In a call Sunday night, CBS agreed with NABJ’s call for an external investigation into complaints from staff, and the Board has agreed to work with the company on a path forward.

“We see this move by CBS as the first step,” said NABJ Vice President-Digital Roland S. Martin. “The allegations leveled against Dunn and Friend are too much to bear, and they are in no position to change the shameful conditions of CBS employees nationwide. They must go,” Martin said. “The stories we are hearing are shocking including that Philadelphia has not had a full-time Black news producer in six years. That is unconscionable in a city that is 43 percent African American.”

Additionally, based on information gathered so far, NABJ is now calling on CBS to release employees from signed nondisclosure agreements (NDAs) relating to charges of racism, misogyny and homophobia, during the tenures of Dunn and Friend, so they can speak freely about their experiences at the company.

“As journalists, we should always stand for transparency and openness,” said NABJ Executive Director Drew Berry. “The public counts on us to bring light to such situations, whether in government, corporate America or other areas that impact the communities we serve. Media companies are not immune from such scrutiny.”

The NABJ Board believes that media companies should set the standard for diversity, equity and inclusion. It is only by knowing and understanding what has happened in the past that corrective actions can be taken to make for a better future.

Editor’s Note:  NABJ President Dorothy Tucker has not been involved in any discussions with CBS because she is an employee of the company. NABJ Board policy prohibits anyone from taking part in discussions about their own company.