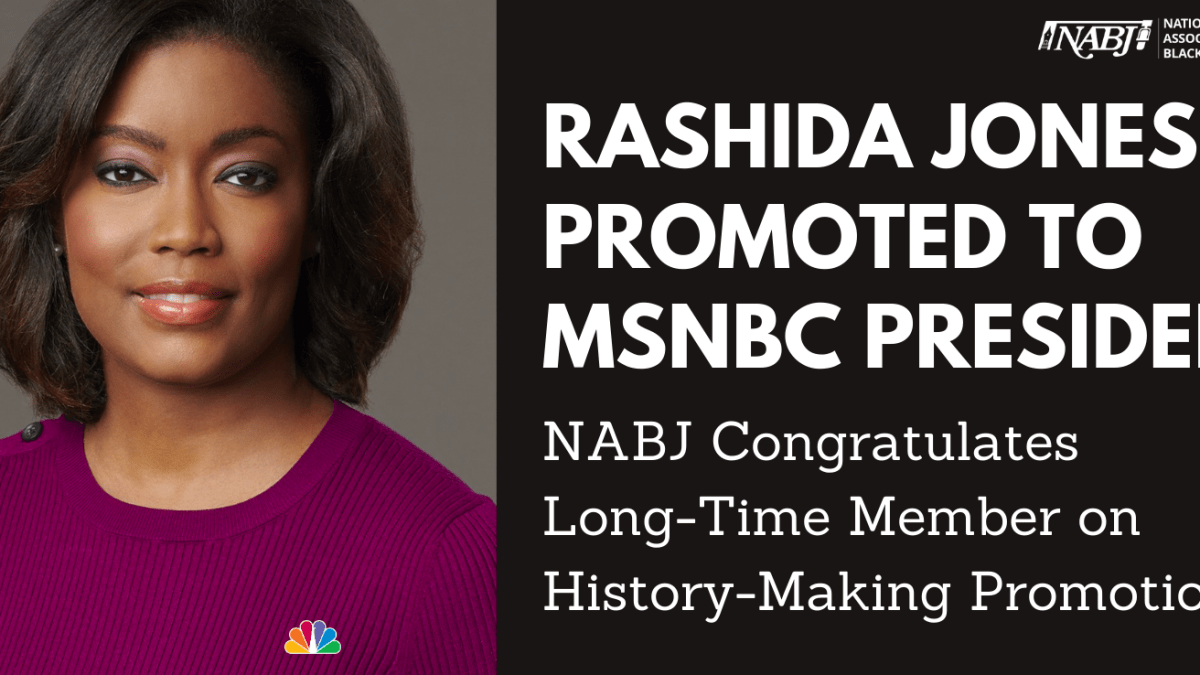 NBCUniversal, the media company that has been celebrated for setting the model for best practices in terms of media diversity in management, has taken another big step in that arena. Longtime NABJ member Rashida Jones has been named the new MSNBC President.

Jones will be taking over for current chief Phil Griffin in February 2021. She is well-known and respected among the NABJ community and currently serves as senior vice president for NBC News and MSNBC. She has been with MSNBC for seven years, leading coverage of breaking news and major events across NBC News and MSNBC, while also overseeing dayside and weekend news programming on MSNBC.

“We congratulate Rashida and are very excited that she is getting the opportunity to further showcase her talents. MSNBC will further benefit from her expertise and commitment,” said NABJ President Dorothy Tucker. “Rashida fully understands and supports the importance of representation, diversity, and inclusion. From supporting NABJ programs and speaking to our students on their campuses, she has used her platform to inspire other young Black women to become leaders in the news industry. She’s also been an inspiration and role model for all of our professional members, including reporters and producers, guiding them on how to follow in her footsteps. Her promotion is bigger than our industry, it’s the kind of story Black and Brown children everywhere need to see, so they can know what’s possible.”