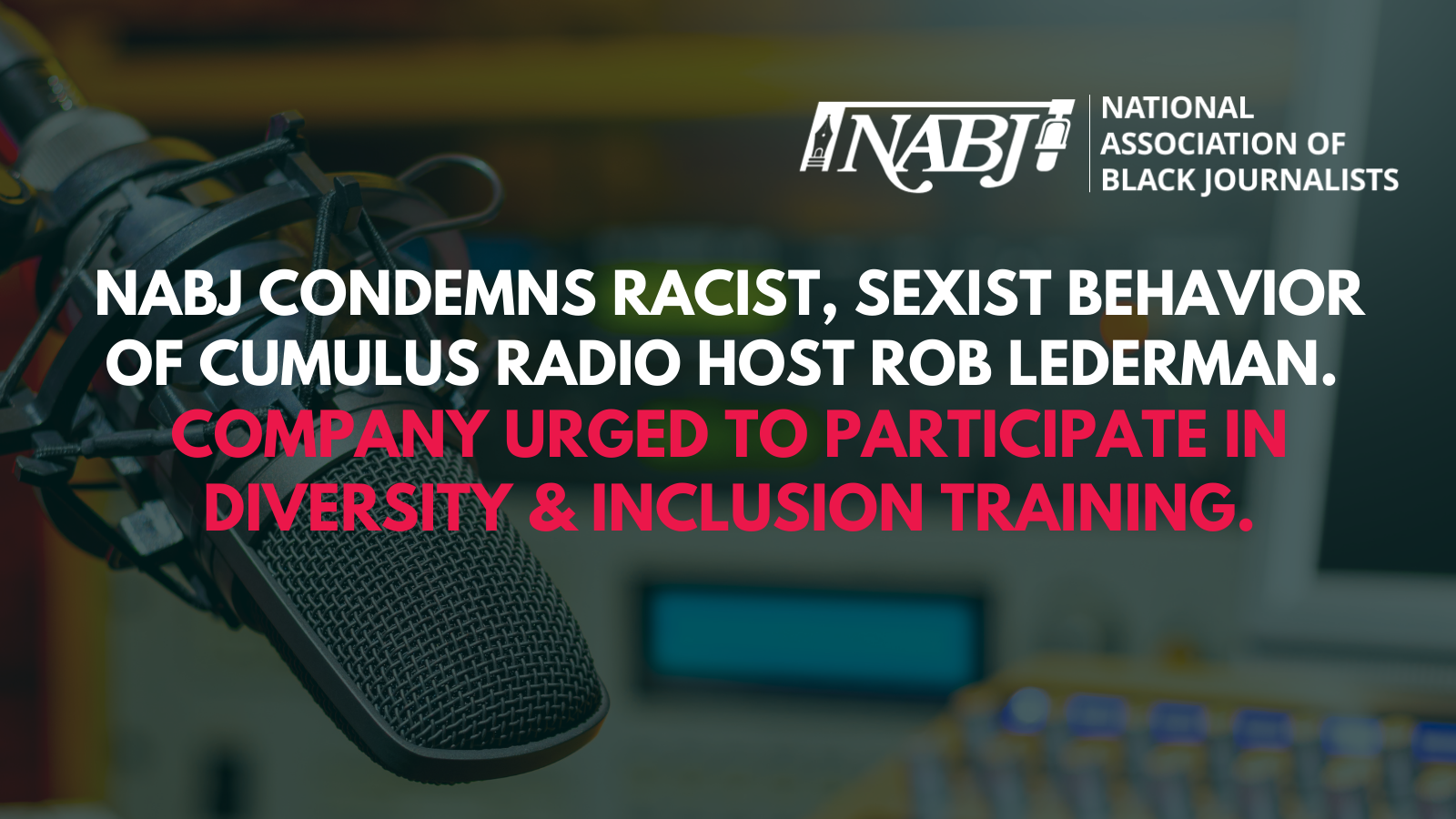 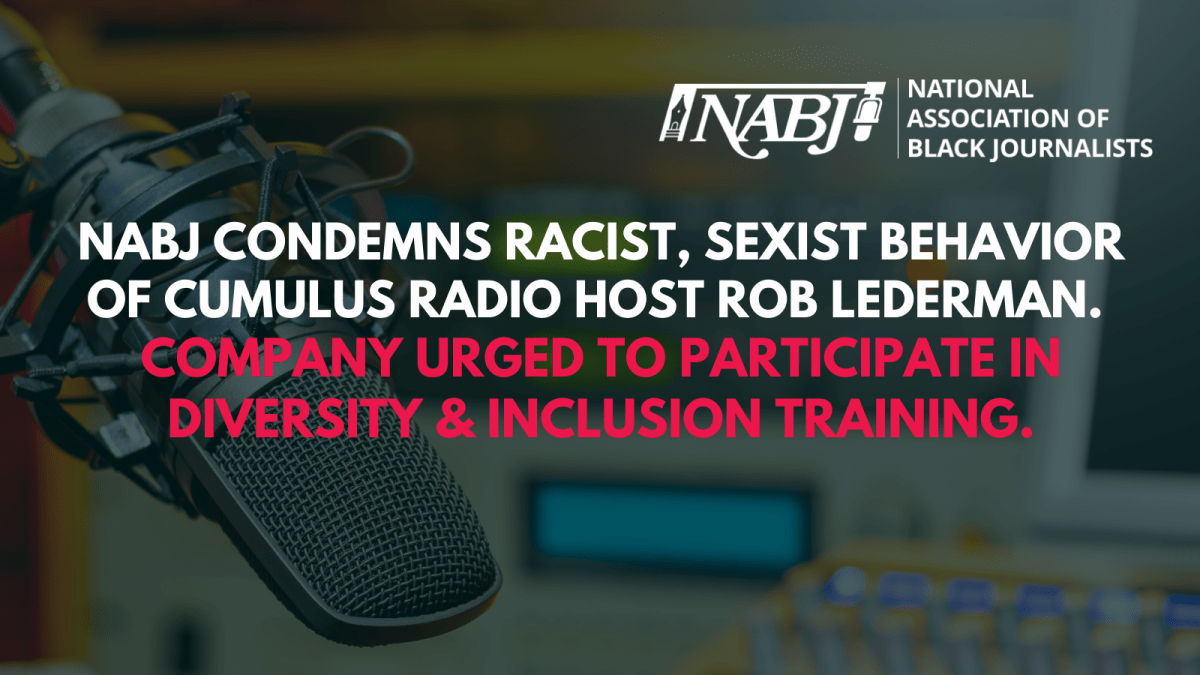 The National Association of Black Journalists (NABJ) condemns the behavior of Rob Lederman, a radio host for Cumulus Media’s 97 Rock in Buffalo, New York. During a Wednesday morning show segment, Lederman, who has since been fired, used blatantly racist and sexist slurs and comments to describe the skin tones of several prominent Black women. He compared their complexions to his preference of how dark or light he liked his toast. His co-hosts, who also participated in the conversation and did not appear to correct his behavior, have been suspended. However, their apparent support of his behavior should also lead to their dismissal.

“Racism and sexism have no place in our industry,” said NABJ President Dorothy Tucker. “As a company that touts on its website that ‘every voice matters,’ Cumulus must take today’s incident seriously and demonstrate its commitment to diversity. NABJ calls for the Cumulus organization and its affiliates to take immediate action to examine and eliminate what seems to be an accepted culture of racist and sexist attitudes within their organization.”

After meeting with the NABJ Buffalo chapter, NABJ National Headquarters urges Cumulus to participate in its diversity and inclusion training programs to address these concerning issues.

NABJ’s Buffalo Chapter released the following statement on its efforts to address the issue Thursday:

“The Buffalo Association of Black Journalists (BABJ) is disheartened by the racist conversation on 97 Rock’s “Morning Bull” program Wednesday, March 24, that took some of the most decorated and celebrated Black American women and reduced their importance to skin color. BABJ immediately called for a response to the racist interaction among hosts Rob Lederman, Rich “Bull” Gaenzler and Chris Klein that compared toast “doneness” preferences to Lederman’s attraction to Black women. Lederman also used a mixed-race slur in the discussion. We understand Lederman has been terminated and the other hosts were temporarily taken off air, but the conversation must go further and sweeping change to the station’s culture must occur to remedy the damage that’s been done to the Buffalo community. We have called on Cumulus Media to meet with the BABJ Executive Board to discuss and address the culture that made that conversation and the now-deleted promotion of it possible. We have received a response and plan to meet with leadership to discuss resources, and a path forward following this disturbing display of racism.”