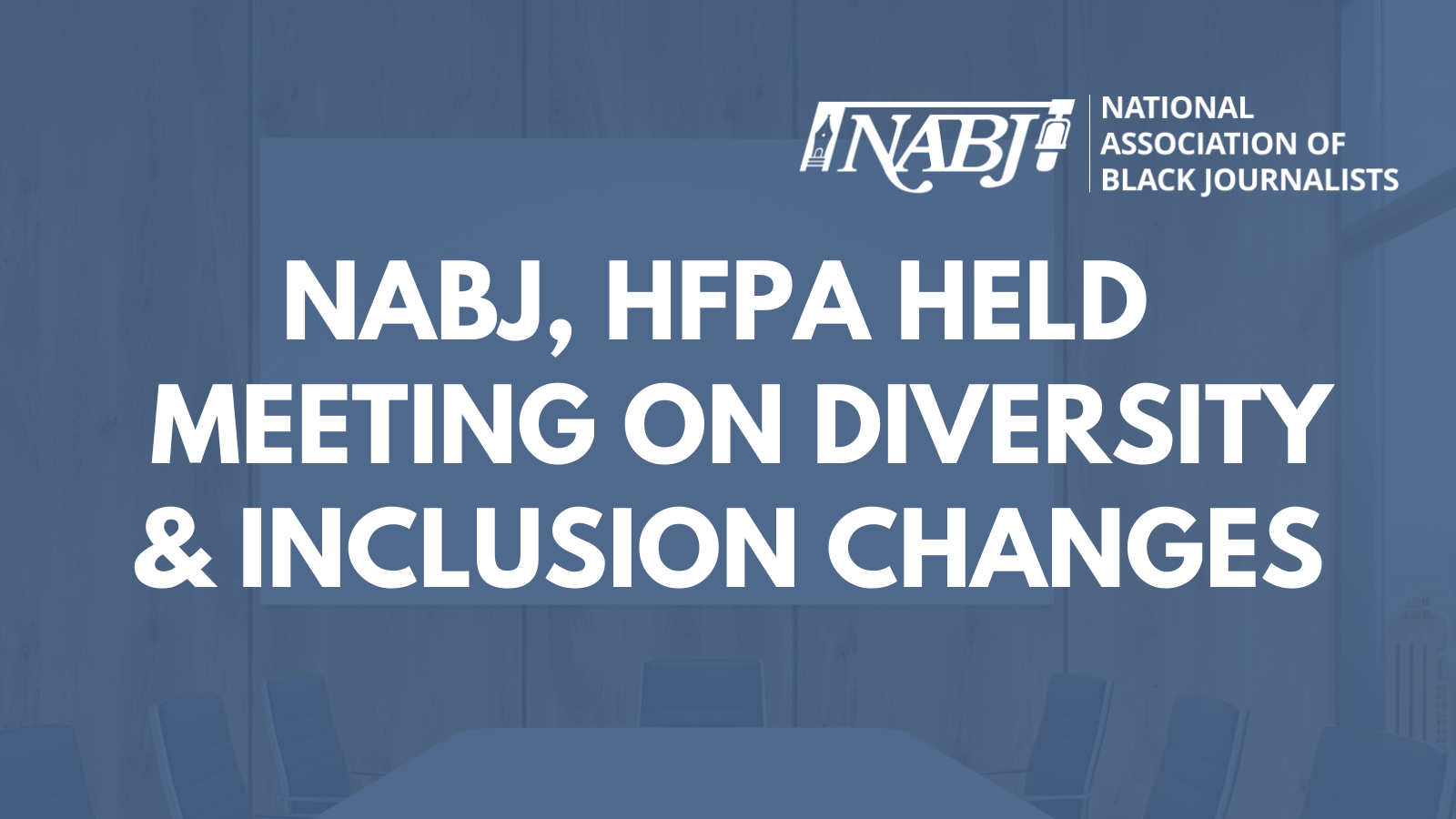 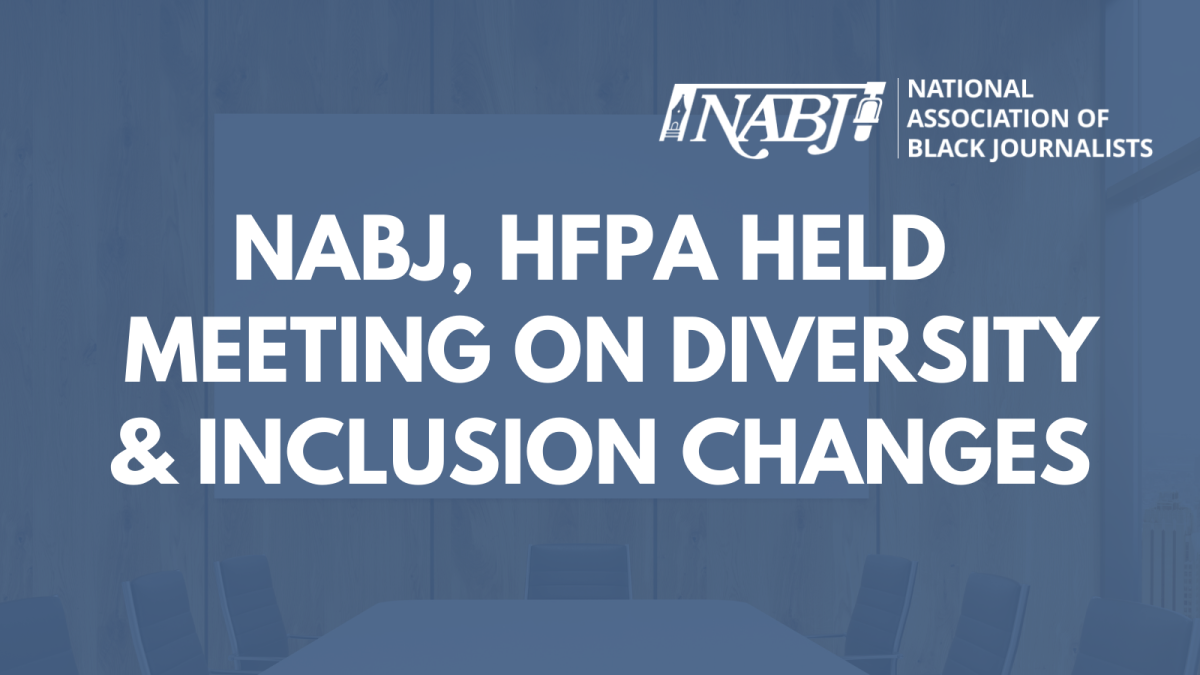 On March 18, representatives from the National Association of Black Journalists (NABJ) Board of Directors met with Board and staff representatives of the Hollywood Foreign Press Association (HFPA). The goal of the meeting was to discuss what steps would be taken, immediately and ongoing, to identify and eliminate exclusionary barriers preventing Black and other journalists of color from joining HFPA. There have been no Black members in 20 years.

“The meeting was productive and informative. The NABJ team offered feedback on how the organization could quickly pivot into being more diverse and inclusive,” said NABJ President Dorothy Tucker. “The pool of Black journalists who would be great contributors to the association is wide.”

NABJ is one of several organizations that HFPA is, or will be, working with to ensure that diversity, equity and inclusion (DEI) is a priority. NABJ representatives presented several barriers specific to Black journalists such as primary residence (currently Southern California), vetting processes, and publication/employer requirements. Also, NABJ representatives encouraged the organization to identify Black journalists and Black publications in places like the Caribbean and Africa and U.S. locations like Atlanta, Chicago, Miami, Washington, D.C., and New York to recruit more diverse members with relevant experience.

HFPA representatives shared their commitment to accomplish the following:

As previously reported, the organization has already hired Ropes & Gray as outside counsel to conduct an extensive review of its policies, processes and practices. Shaun Harper, founder and executive director of the University of Southern California Race and Equity Center, was also on the call with NABJ. HFPA recently announced that Harper would serve as its strategic diversity adviser over the next five years. Harper will oversee the analysis of policies, practices and member recruitment internally and facilitate training on various DEI topics for members and staff. Harper will also hold listening sessions with Black members of Hollywood and Black organizations to foster a more inclusive and respectful environment.

NABJ will continue to meet with and receive updates from HFPA on its progress.