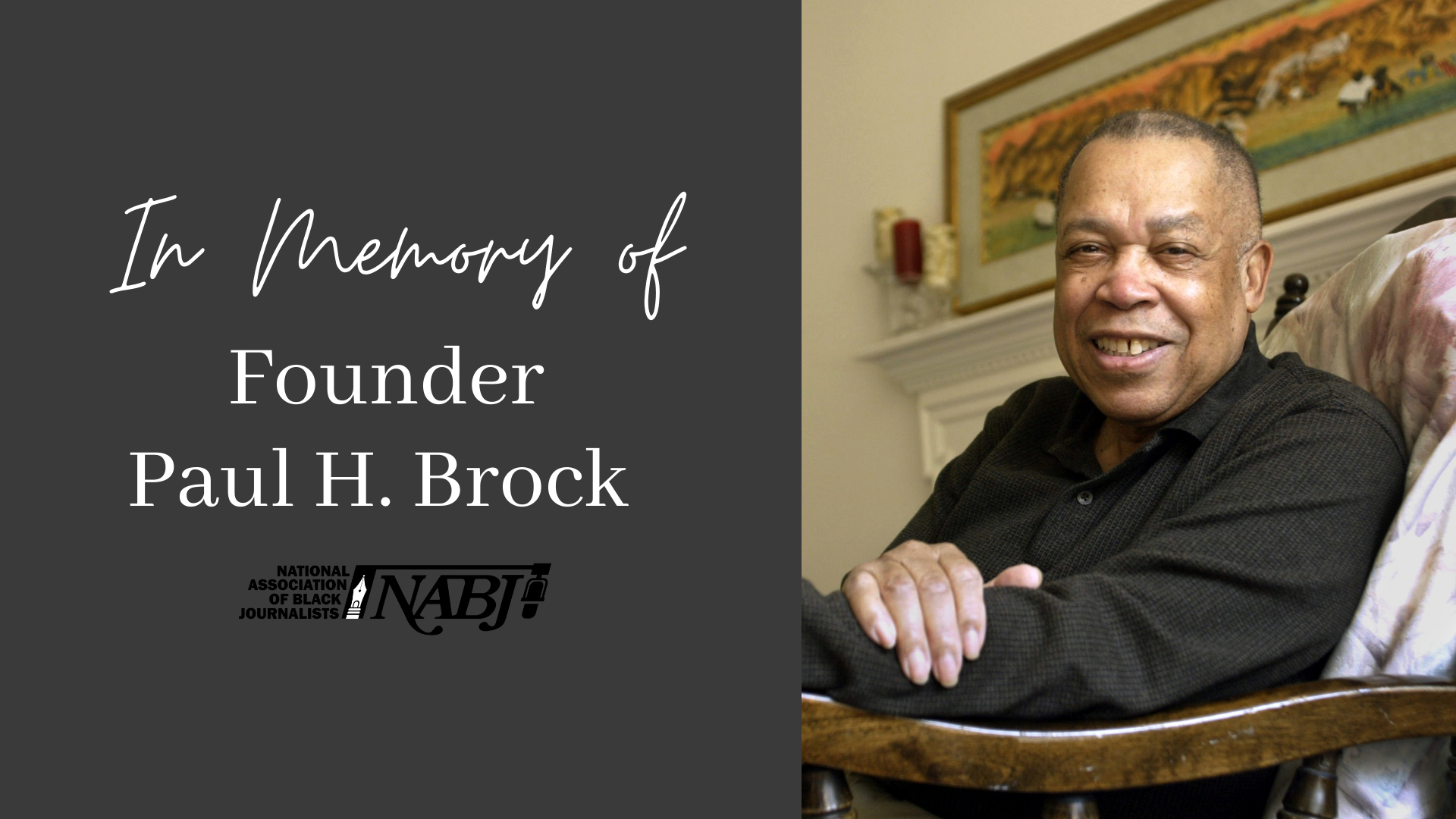 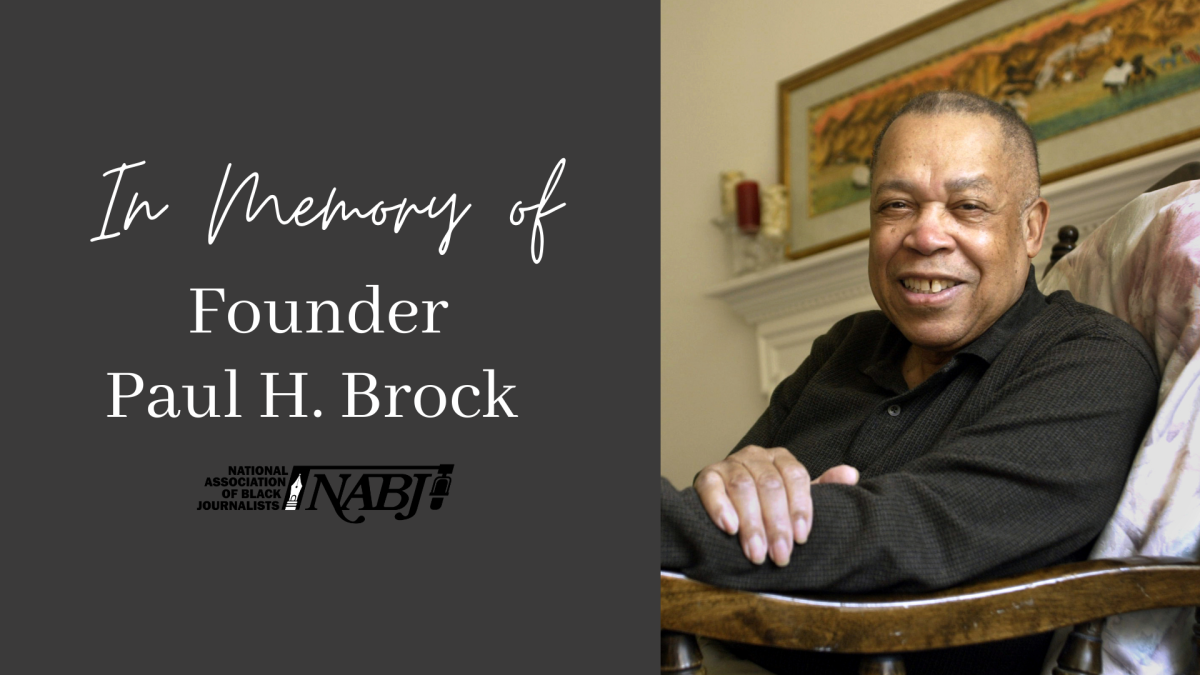 The National Association of Black Journalists (NABJ) mourns the loss of beloved Founding Executive Director, Paul H. Brock, 89. He passed Sunday morning on March 14, leaving behind a loving family, many colleagues and mentees. Details of his homegoing will be announced in the coming days.

“Founder Brock played such an integral role in the success of NABJ,” said NABJ President Dorothy Tucker. “His love, compassion, zeal, expertise and persevering spirit were always valued by the NABJ family. His long and fruitful career served as inspiration to many of us that hard work and commitment to community can open many doors.”

Brock played a pivotal role in bringing together the 44 men and women who founded NABJ. Legendary journalist and NABJ Founding President, Chuck Stone, once described Brock as the “Henry Kissinger of Black journalists” because of his outstanding talent at organizing.

He impacted countless communities throughout his distinguished career across multiple journalism and media  platforms. He was a reporter with the CBS affiliate radio and TV station in the Virgin Islands from 1962 until 1965.  He then moved to New York to work part-time at several Westinghouse stations, including the all-new WINS.  From 1968 until 1970 he served as news director for WETA-FM, and was a finalist for an NPR start-up network news show that was to be called “All Things Considered.” In 1970, he moved on to another start-up position as news director at Howard University’s WHUR-FM. During that tenure, Brock launched a one-hour evening news segment that eventually was stretched to three hours when he left in 1973.

While serving as news director at WHUR, he also continued a weekly show for WETA-FM called “The Potter’s House Series.”  This was a local program broadcast from a popular coffee shop on Columbia Road in Washington, DC. , and it ran through most of 1975.   During that period Brock also did a nationally syndicated radio show called “Black Voices,” which allowed him to feature politically oriented interviews with elected officials from around the nation.  This unique access also allowed Brock and several local journalists to form a monthly luncheon, in which they could freely question Black elected officials whenever they were in D.C.  The group was called The Washington Association of Black Journalists.

In 1974, Brock left his journalistic career to serve as deputy director of communications for the Democratic National Committee until 1976.  Following the election of Jimmy Carter and the successful founding of NABJ on December 12, 1975, Brock once again accepted a large journalistic challenge when he was brought in as vice president of Mutual Black Network – now American Urban Radio News. Brock served as executive director of NABJ for almost a decade before leaving to become the campaign communications manager for Jesse Jackson’s presidential campaign at the 1984 Democratic National Convention in San Francisco. Brock continued his service to NABJ as a consultant for many years.

Brock was a Howard University alumnus and served in the U.S. Air Force. According to the Pentagram, while in the Air Force, Brock, also a staff sergeant, was a radio operator at Dry Hill Air Force Base in Watertown, NY, and editor of the base newspaper.

He also worked extensively with NAACP.  The HistoryMakers notes that Brock was the “originator, producer and chief fundraiser of the NAACP Nightly Convention Highlights program that aired on PBS from 1978 to 1983. Later, Brock served as producer, writer, editor and national distributor of the NAACP Voter Education public service announcements.”