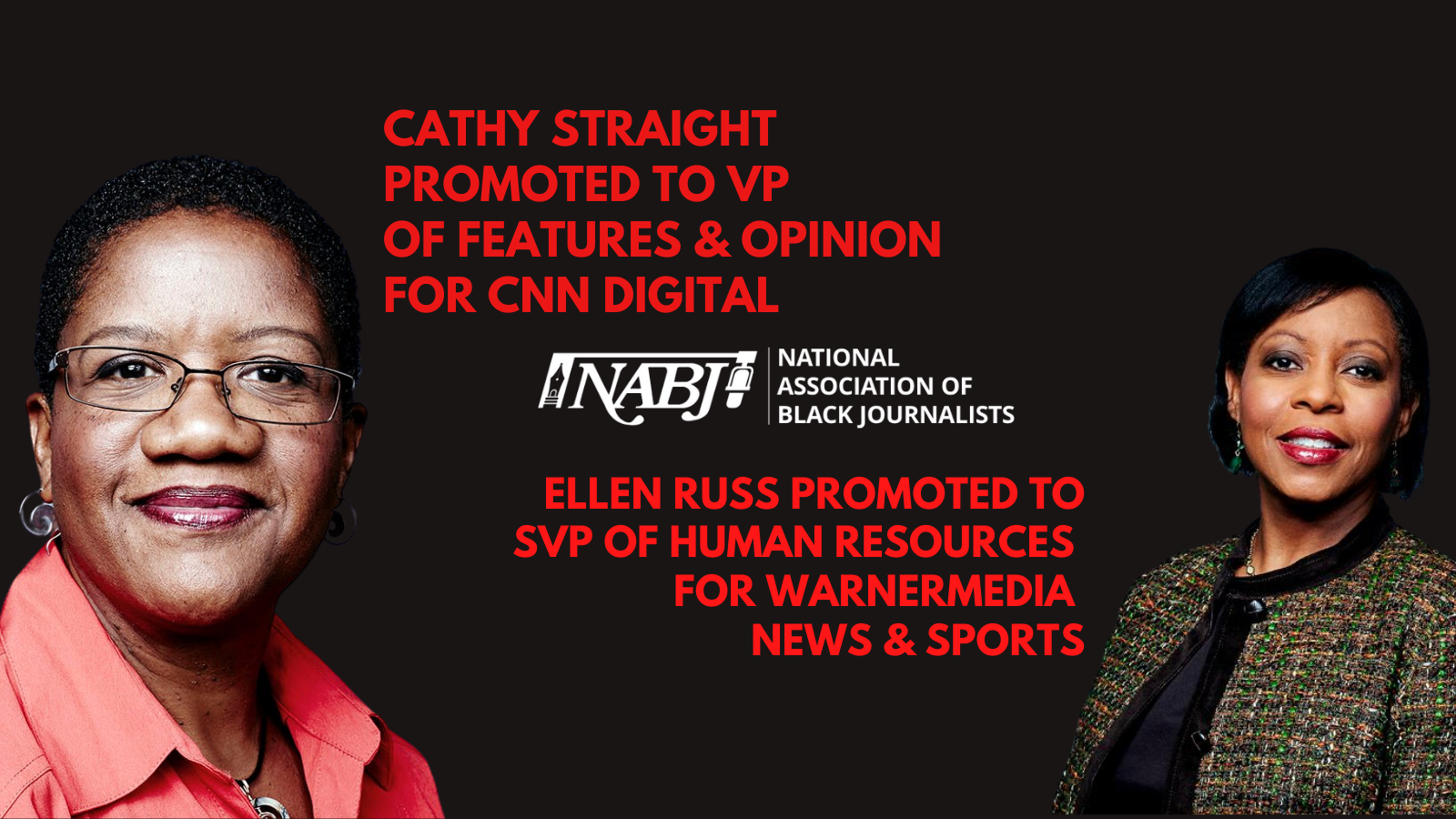 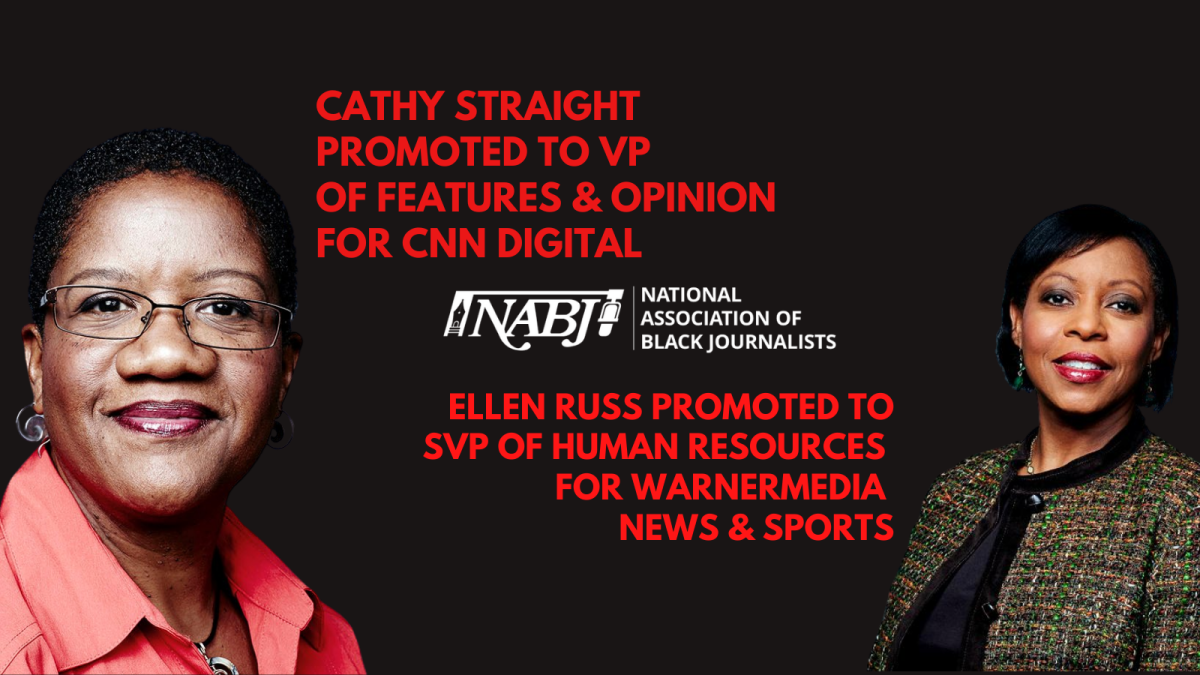 NABJ Congratulates Cathy Straight and Ellen Russ, who have both been elevated to vice president roles at CNN.

Cathy Straight has been promoted to VP of Features and Opinion for CNN Digital. This new role will unite and elevate beats and views that expand CNN beyond hard news coverage. This structure will align and amplify content diversity, including key beats like entertainment, culture, wellness, travel, style, space, relationships, identity, and a diverse range of contributors and voices.

For the last nearly seven years, Cathy has led the national digital news desk to cover some of our most demanding stories, from the pandemic in the U.S. to protests, to so many shootings. She led the formation of the Race and Equality team.

Ellen Russ has been named SVP of Human Resources for WarnerMedia News and Sports permanently.

Ellen has been in the HR business for more than 25 years, and at CNN for the past 15. In that time, she has worked in almost every business within CNN, starting in the D.C. Bureau, and held a succession of roles within the HR function. Prior to joining CNN, she was employed by a boutique consulting firm in the Washington, D.C. metro area, partnering with business leaders in an array of industries, from non-profits to high tech firms. She began her career in the financial services industry, holding leadership roles as a retail banker before transitioning to the HR field.