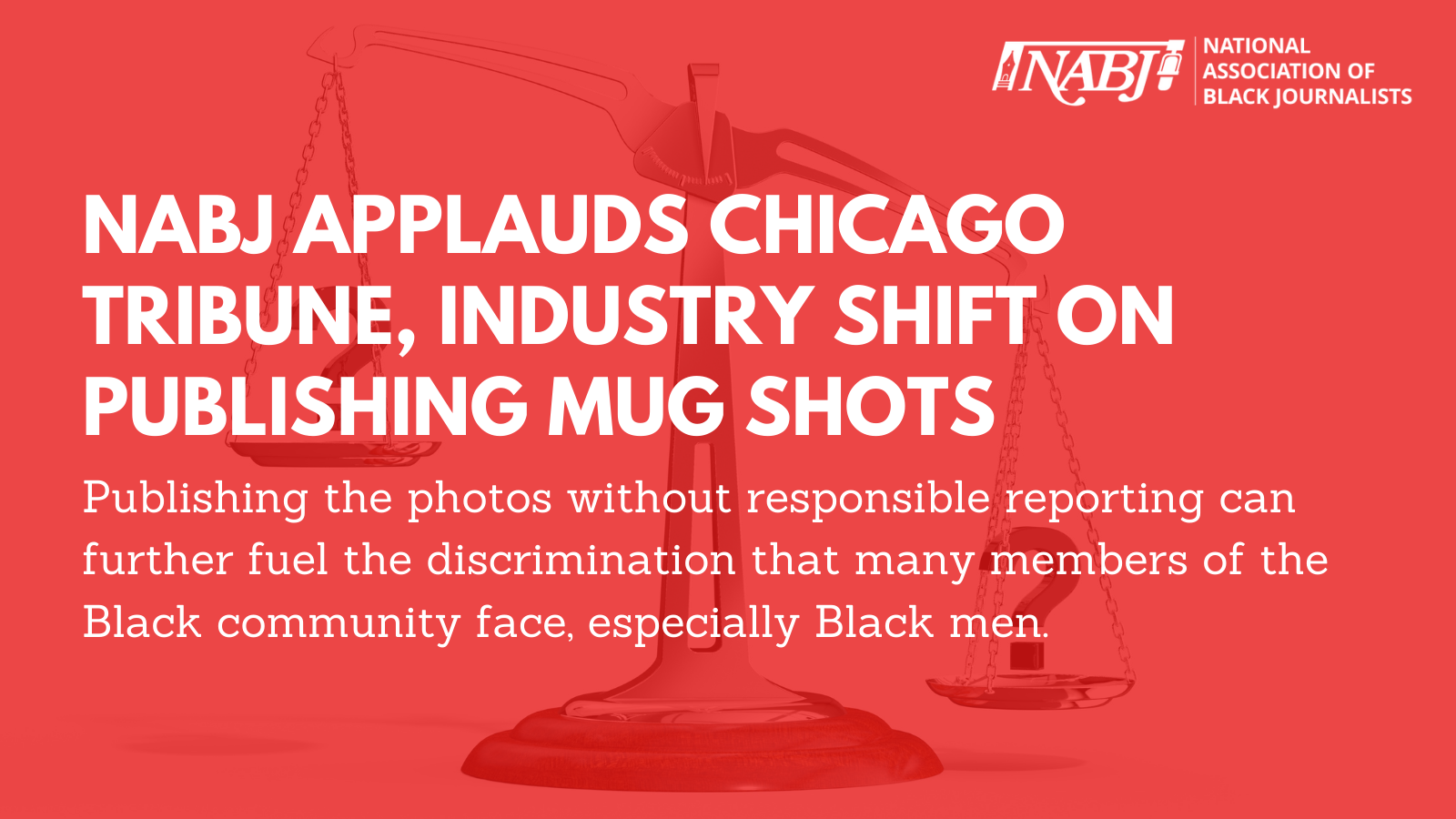 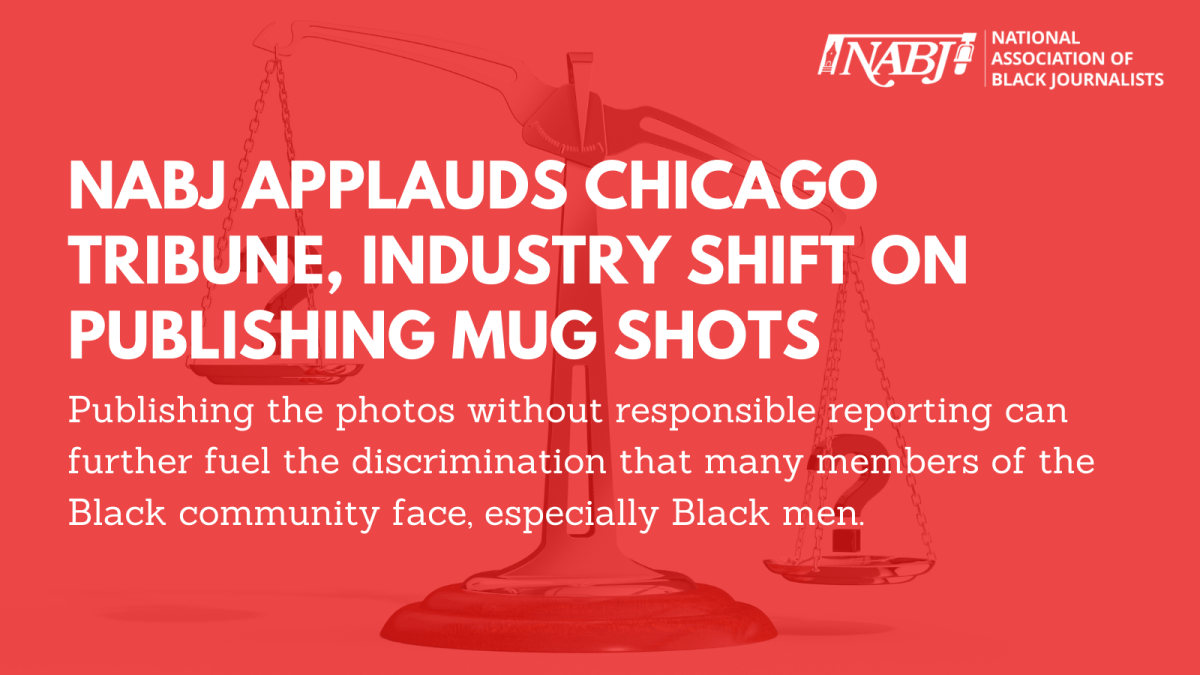 This week, the Chicago Tribune announced changes to its guidelines for publishing mug shots. This move is applauded by NABJ, as the publication joins several others who have recognized that mug shots can imply guilt, which has been an issue that has disproportionately affected the Black community and has played a major role in fueling stereotypes.

“Part of this is just plain fairness,” wrote Colin McMahon, editor-in-chief, in announcing the Tribune’s guidelines. “A lot of people who are arrested will end up not being convicted. Some will be found not guilty or won’t go to trial at all. Some will plead guilty to lesser charges, even misdemeanors, instead of the ones that put their names in the news.”

“It is important that all publications follow the lead of the Tribune, in recognizing that readers can associate mug shots with unproven criminal activity, although the law says we are considered innocent until proven guilty. Publishing the photos without responsible reporting can further fuel the discrimination that many members of the Black community face, especially Black men,” said Dorothy Tucker, NABJ President. “NABJ is proud of the work that our members are doing, such as through our Black Male Media Project, in spreading awareness about this issue through annual programming and advocacy.”

The Tribune’s new guidelines include:

NABJ Vice President-Print Kathy Chaney highlighted the importance of these types of guidelines being adopted across the industry.

“In the world of print media, we understand that what is printed is often counted as fact and treated as historical documentation. It is time for our industry to take responsibility for how we portray the subjects of our stories, especially when they have not been proven guilty. Having rules in place to direct staff on how to handle such life-altering content should be required in every newsroom,” Chaney said.

In 2020, news organizations such as Gannett and the Houston Chronicle, alongside several law enforcement agencies, also made changes to how and when they publish or distribute mug shots. In September 2020, the NABJ Board of Directors and the Black Male Media Project, chaired by Vice President-Broadcast Ken Lemon, issued a resolution and guidance on reporting on criminal records and police shootings. The guidance noted that journalists must not treat an arrest as a conviction to ensure accurate reporting and to avoid villainization. The Black Male Media Project was launched in 2017 and focuses on changing the narrative around the lives and images of Black men in the news.

“As journalists, we are trained to understand the power of an image in storytelling. It is critical that all news organizations make it a priority to execute careful judgment when publishing mug shots,” said Lemon. “While the image may generate views and clicks for the publication, they can also generate a lifetime of battling discriminatory treatment for someone who may, after all, be proven innocent.”