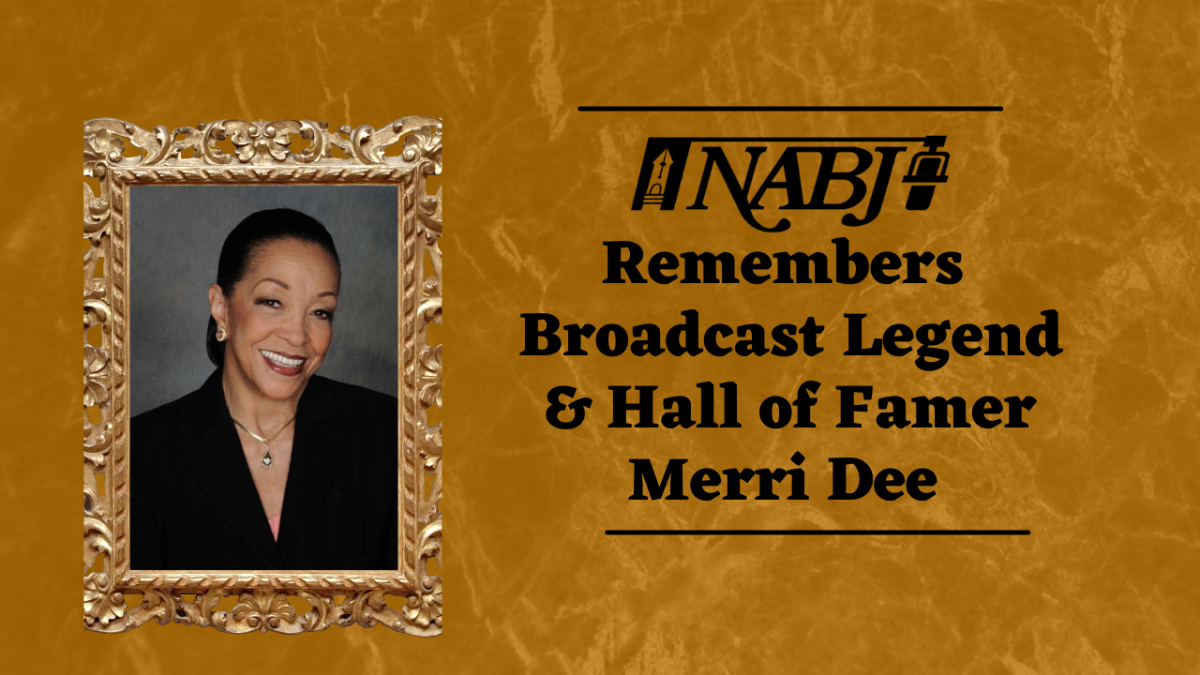 The National Association of Black Journalists (NABJ) is saddened to learn today of the loss of groundbreaking Chicago broadcast journalist and communicator Merri Dee.

Dee was inducted into NABJ’s Hall of Fame in 2011. She was a staple at WGN-TV for 38 years and also impacted the industry in other roles as a talk show host, announcer, editorial spokesperson and community relations director. She broke barriers as a leading Black journalist and media professional holding positions formerly predominantly occupied by white men.

Dee was celebrated by her colleagues, neighbors and mentees as a person who personified persistence and perseverance. She was a respected community activist, philanthropist, gun violence victims advocate and survivor of a devastating kidnapping in the 70s that almost took her life. According to WGN, she used her personal obstacles as a springboard to help and connect with others who were enduring hard times. For instance, she helped raise over $30 million for children’s charities, benefiting various Chicago organizations.

“As a young girl growing up on the West Side of Chicago, Merri Dee was one of my TV role models,” said NABJ President Dorothy Tucker. “Imagine my thrill when I attended Northwestern and lived down the hall from her daughter, Toya. The girls in the dorm always looked forward to Ms. Dee’s visits. She was full of energy, had a big beautiful smile, and dressed like a couture fashion model. Over the years, I remained awestruck by how she made everything she did look easy. I feel fortunate to have known Merri Dee. My sincere condolences to Toya and the rest of the Durham family.”