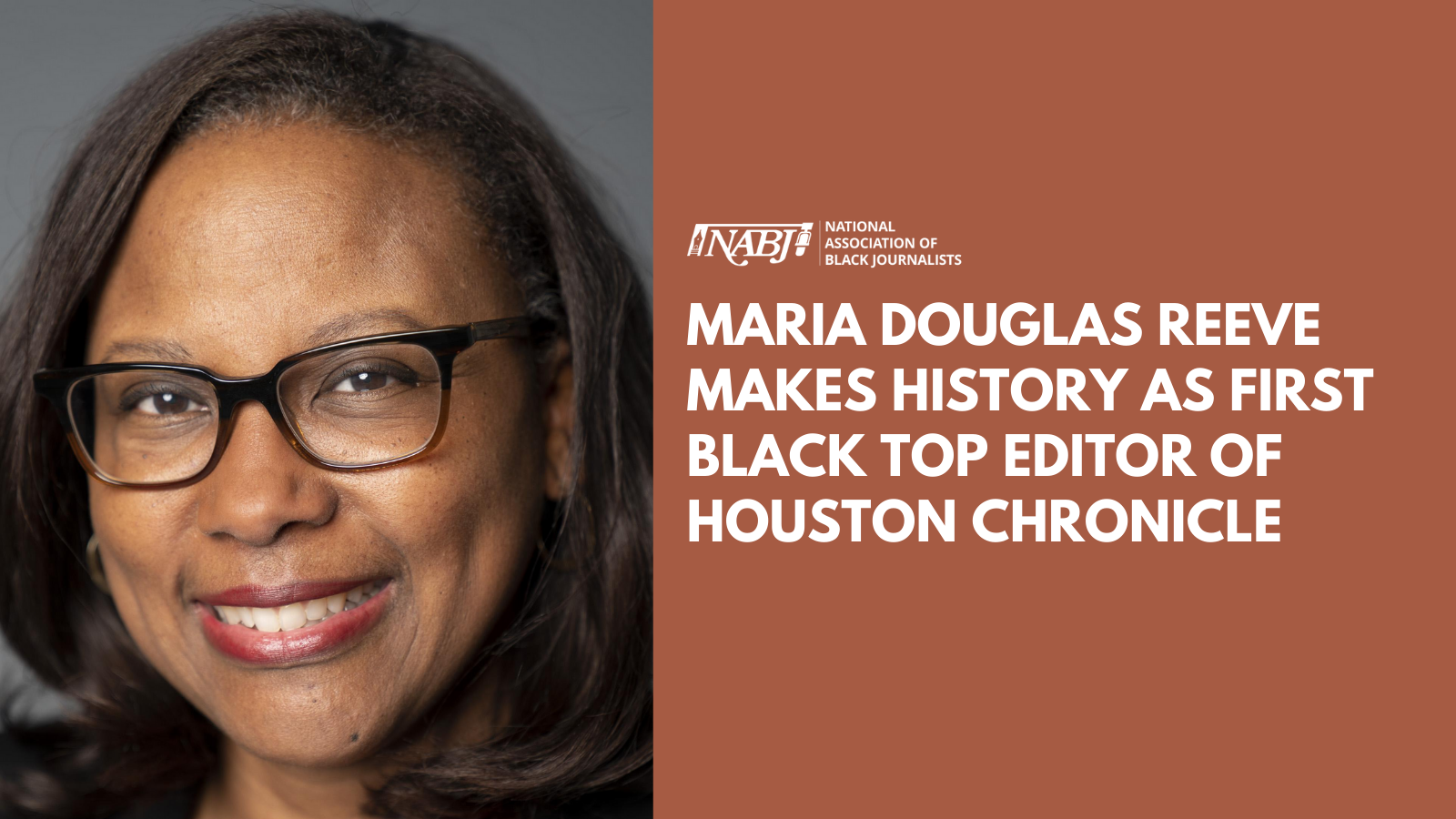 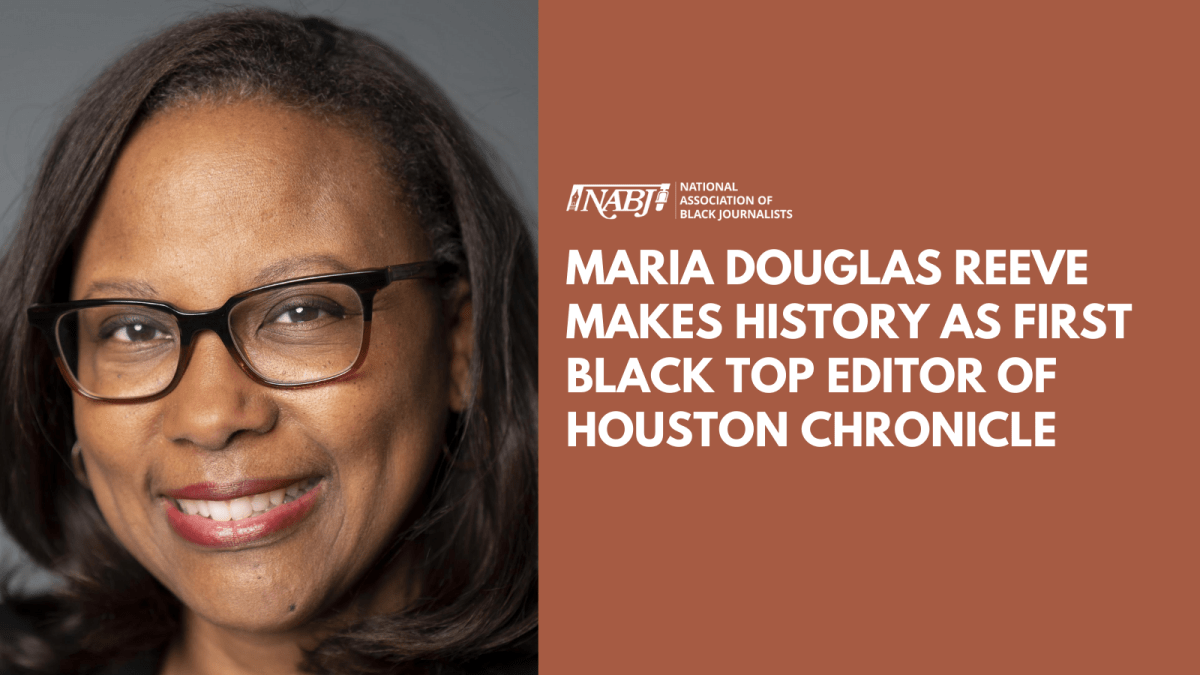 NABJ congratulates longtime member Maria Douglas Reeve, who has been promoted from managing editor to the top editor of the Houston Chronicle.

Reeve is the first Black executive editor at the Chronicle in its 120-year history.

Maria Douglas Reeve earned her master’s degree in journalism at the University of Maryland in 1992 before building a career as a newsroom leader at the Houston Chronicle, Star Tribune and St. Paul Pioneer Press. Reeve joined the Chronicle as one of its two managing editors in November 2019. She previously served as assistant managing editor/news at the Star Tribune in Minneapolis. Reeve had been at the Star Tribune for eight years, leading the features team and working as deputy metro editor.