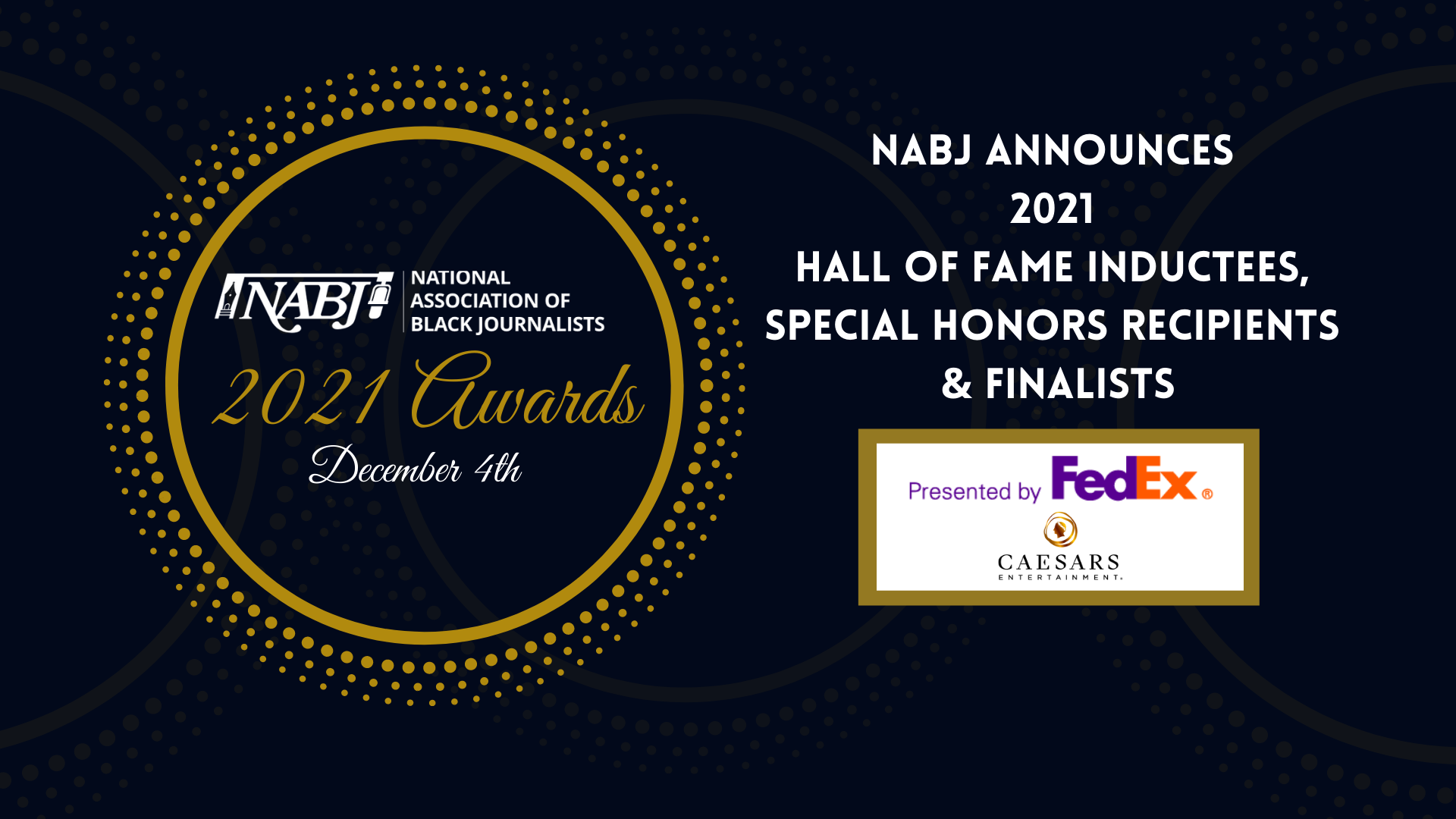 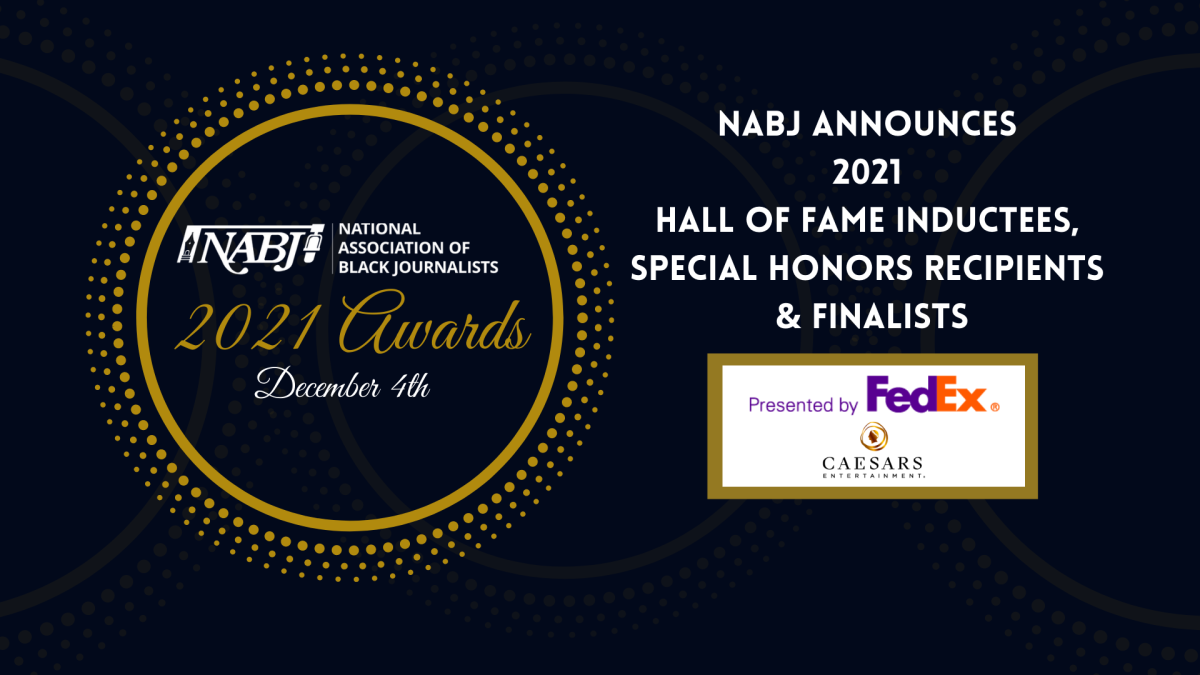 On Saturday, December 4, 2021, during its virtual awards ceremony, the National Association of Black Journalists (NABJ) will induct 8 new members into its Hall of Fame and award 14 Special Honors to Black journalists and communicators from around the world.

The virtual awards ceremony, which will feature special guests, entertainment and interactive features, will stream free on the evening of December 4 at 7:30 p.m. ET. The event link will be announced in the coming weeks. The awards ceremony will also highlight winners of NABJ’s Salute to Excellence Awards, which recognizes journalism and communications work that best cover the Black experience or address issues affecting the worldwide Black community. Salute to Excellence nominees will be announced later this month.

NABJ will also honor Black journalists and communicators we’ve lost over the last year with a special In Memoriam tribute.

“Every year, NABJ pays homage to legendary Black journalists and media professionals who have made outstanding contributions to our industry,” said Dorothy Tucker, NABJ President. “We are honored to recognize the distinguished work of this year’s Hall of Fame class and the impact of the individuals and groups receiving our Special Honors awards. We also look forward to celebrating our 2021 Salute to Excellence finalists and winners.”

This year’s Hall of Fame inductees are:

This year’s Special Honors recipients are:

The winners of the NABJ Chapters of the Year Awards will be announced during the December 4 ceremony. During the ceremony, NABJ will also announce the recipient of the Thumbs Down Award. Thumbs Down is presented annually to an individual or organization for especially insensitive, racist or stereotypical reporting, commentary, photography, or cartoons about the Black community or for engaging in practices at odds with the goals of NABJ.

The 2021 NABJ Awards is presented by FedEx and sponsored by Caesars Entertainment. Follow the hashtag #NABJAwards to stay updated on event information or visit NABJOnline.org.