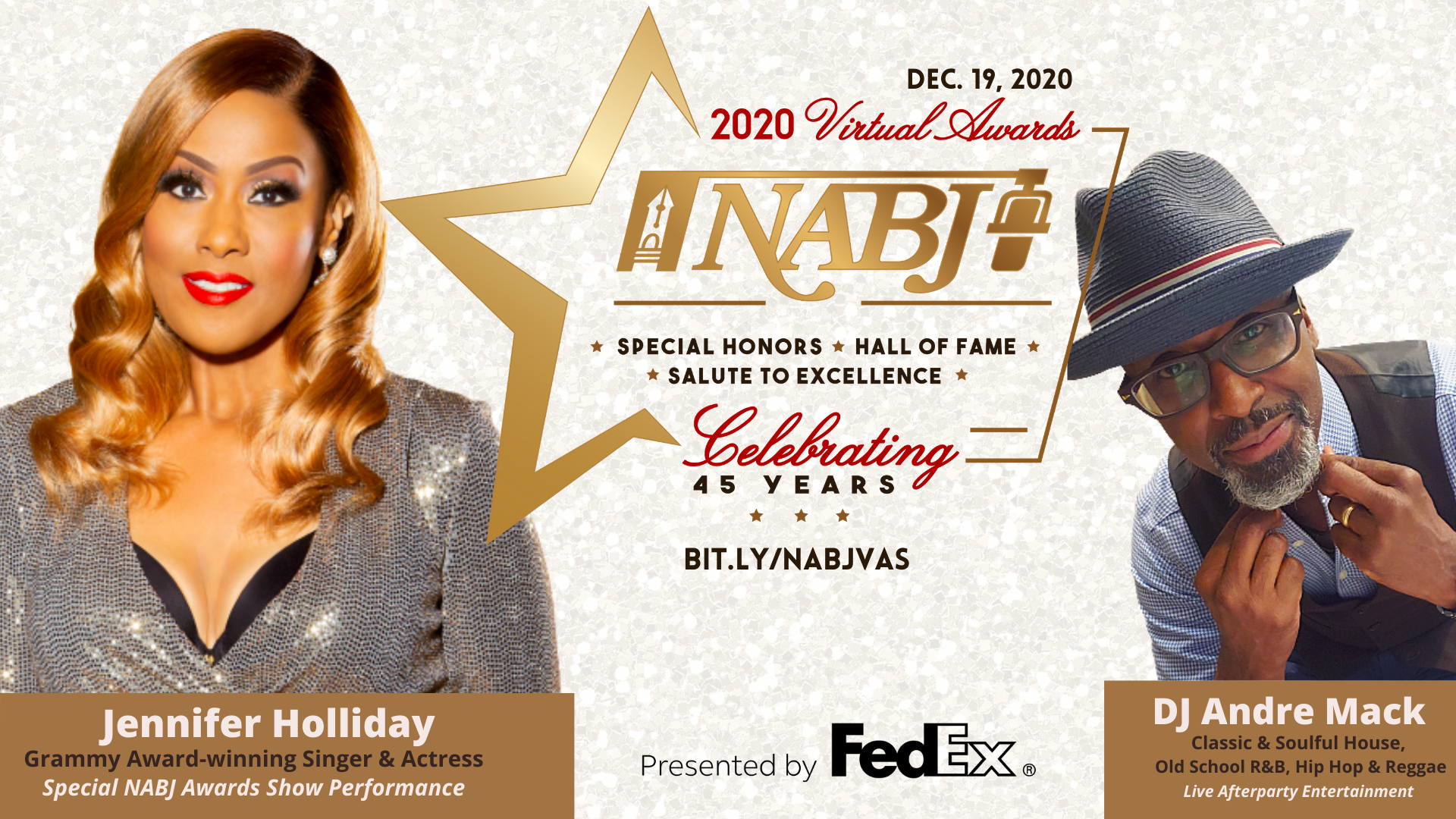 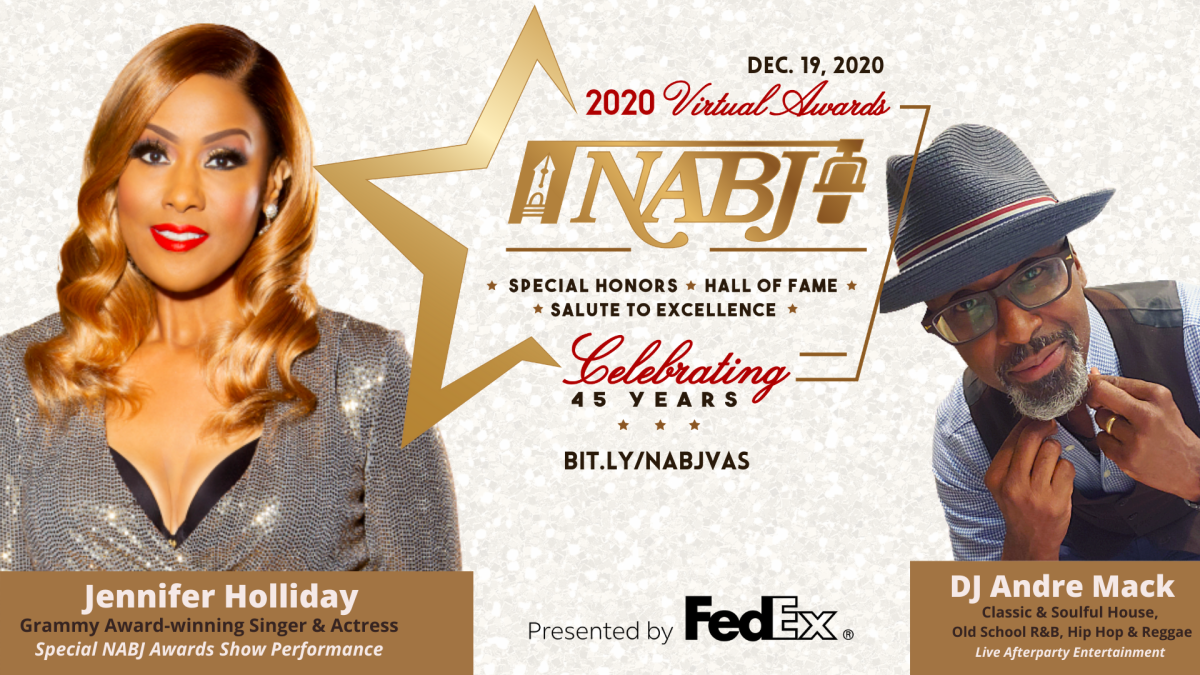 Grammy Award-winning singer and actress Jennifer Holliday will join the National Association of Black Journalists (NABJ) as the featured performer for its 2020 Virtual Awards, streaming December 19 at 7:30 p.m. ET. Celebrity DJ Andre Mack will also join NABJ as the host of the awards show live afterparty. Free tickets are available at https://nabj.digitalvirtualspaces.com/register.

Holliday is best known for her role in the smash Broadway musical, “Dreamgirls,” with her show-stopping performance as Effie “Melody” White. This iconic role garnered her a Tony Award for best actress in a musical.

With over 30 years of experience on Broadway, Holliday got her start at age 17 while singing in her church choir in Houston, Texas. Holliday’s passion didn’t stop on the Broadway stage. She has appeared on television as Lisa Knowles on the Fox TV dramedy, “Ally McBeal.” She has also enjoyed a successful recording career, winning Grammy® Awards for her mesmerizing performances of “And I Am Telling You, I’m Not Going” (1982) and Duke Ellington’s “Come Sunday” (1985). Holliday has also received rave reviews for her first album in two decades – “The Song Is You” (2014).

Back by popular demand, DJ Andre Mack is no stranger to NABJ. After performing at the 2020 Convention Opening Ceremony and Reception, co-produced and presented by Walt Disney Parks and Resorts, members and attendees raved about Mack’s skills on the turntables. He is frequently called upon to spin classic and soulful House, Old School R&B, Hip Hop, and Reggae music.

The awards ceremony, presented by FedEx, will kick off at 8 p.m. ET. It will be preceded by a pre-event reception at 7:30 p.m. ET. The post-event afterparty will be held from 10 p.m. to 11 p.m. ET. Tickets provide access to all three activities.

“In such a critical time in America and in journalism, it is important that we take time to celebrate and applaud our members and industry colleagues,” said NABJ President Dorothy Tucker. “We are honored to have iconic artists and actresses like Jennifer Holliday, Lynn Whitfield and Tichina Arnold celebrating with us. We are also grateful to have our award-winning hosts and journalists Craig Melvin, Michelle Miller and Kenneth Moton. And, of course, we can’t wait to unwind with the talented DJ Andre Mack. Congratulations to our 2020 honorees and finalists. We are proud of all you’ve accomplished.”

The 2020 NABJ Hall of Fame inductees are:

The 2020 NABJ Special Honors recipients are:

Salute to Excellence nominees can be found here.