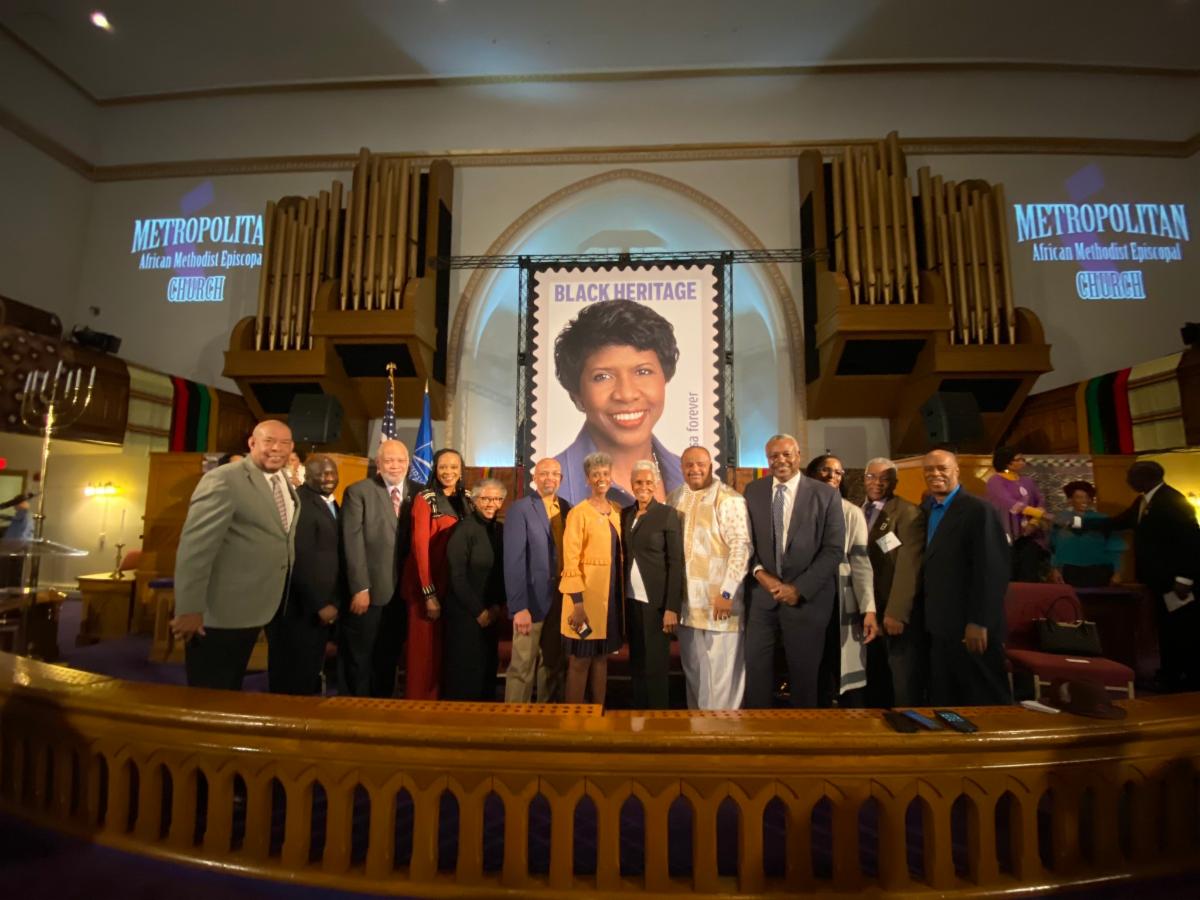 Pay & Perks: How to Negotiate Salary & Beyond 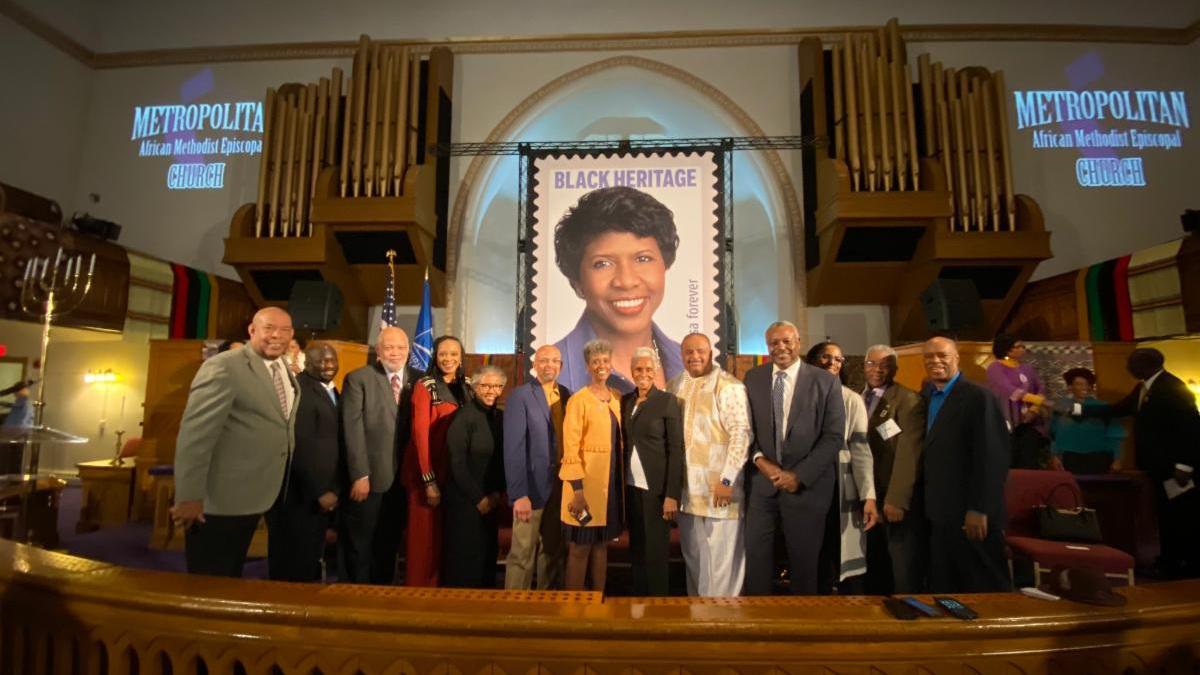 NABJ President Dorothy Tucker delivered remarks before a national audience during a special ceremony held by the U.S. Postal Service to celebrate the unveiling of the Gwen Ifill Forever Stamp.

The ceremony was held on January 30, 2020, at the Metropolitan African Methodist Episcopal Church.

Ifill, a trailblazing journalist and NABJ Hall of Famer, is now the 43rd stamp in the USPS Black Heritage Series. She passed in November 2016.

Various NABJ members participated in the program and current and past Board members, as well as Founders and other local and regional officers, attended. They are pictured above with President Tucker.

NABJ also participated in a special story about Ifill’s impact broadcasted on NPR. Founder Allison Davis is one of the featured voices. Read or listen here.

Serving as a longtime co-anchor of PBS’ NewsHour and moderator and managing editor of “Washington Week with Gwen Ifill,” Ifill was an important voice for not only the Black community but for all of America, covering eight presidential campaigns.

She was the first African American woman to host a prominent political talk show on national television. Ifill joined PBS in 1999, reporting on politics for NewsHour and moderating Washington Week. In 2013, she was named co-anchor of PBS’ flagship evening news program along with Judy Woodruff.

She was one of the most successful journalists to make the transition from print to television, including prominent reporting roles at The Washington Post, New York Times and NBC News.

Ifill was inducted into the NABJ Hall of Fame in 2012.

Learn more about the ceremony here.